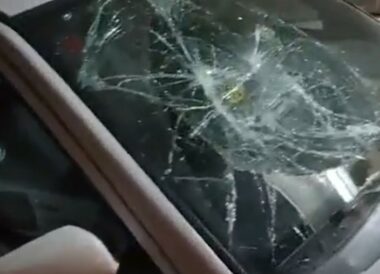 A group of fanatic Israeli colonizers, illegally squatting on stolen Palestinian lands, attacked late on Wednesday at night, many parked Palestinian cars in the Old City of Hebron in the southern part of the occupied West Bank, causing damage, in addition to attacking several homes.

He added that the colonizers attacked many parked Palestinian cars in the Jaber neighborhood, causing serious damage, in addition to throwing rocks at homes and attempting to invade them.

Israeli soldiers arrived at the scene and started fire concussion grenades and gas bombs at the Palestinians who were defending their property, and secured the retreat of the assailing colonizers.

On Wednesday at night, the soldiers injured dozens of Palestinians, including a child, in Beit Ummar town, north of Hebron, after the army attacked protesters who marched in solitary with the detainees in Israeli prisons.