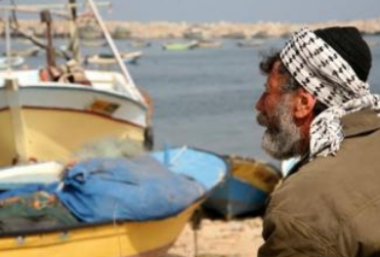 The Israeli Navy on Tuesday morning attacked a number of Palestinian fishing boats off the coast of Gaza, firing water cannon at close range, causing damage to several boats. They also abducted one fisherman and took him into custody, and injured another fisherman.

The attacks took place near Sheikh Ejleen area, west of Gaza city. A fisherman, a teenage boy identified as Abdullah Mifleh Abu Ryala, fainted after the soldiers constantly sprayed him with water cannons.

The fishermen in question were within the prescribed Israeli limit of six nautical miles off the coast of Gaza when they were attacked, according to the WAFA News Agency.

The Palestinian who was abducted was identified as Awad Tareq Bakr.

The Israeli attacks damaged two generators in a fishing boat owned by Falah Mohammad Abu Ryala, especially after they constantly sprayed the vessel with water cannons.

Damage was also reported to a boat owned by Mohsin Khalil Abu Ryala, who lost twelve pieces of his vessel, including important parts, such as peddles, screws and other controls.

The Israeli naval officers who abducted the fisherman took him to an undisclosed location and confiscated his boat, according to other local fishermen.