Israeli Soldiers Abduct Three Palestinians In Qalqilia, One In Nablus 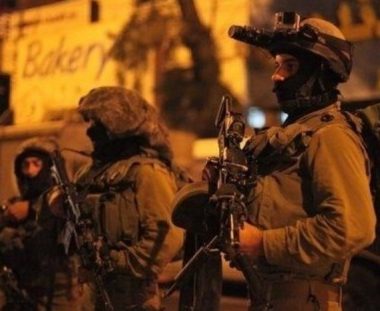 Israeli soldiers abducted, on Thursday at dawn, three Palestinians from in Azzoun town, east of Qalqilia, and one in Tal village, south of Nablus, in the northern part of the occupied West Bank, and took them to detention and interrogation centers.

The Qalqilia office of the Palestinian Prisoners Society (PPS), has reported that the soldiers invaded and violently searched homes in Azzoun town, east of Qalqilia city, and abducted two Palestinians, identified as Ayyoub Farouq Abu Haniyya, 27, and Qais Waddah Shbeita, 22.

The soldiers also installed a sudden military roadblock at the main entrance of Azzoun, and abducted Ala’ Mos’ab Radwan, 22, while he was returning home. Radwan is an Engineering student at the Najah National University in Nablus.

Furthermore, the soldiers abducted four Palestinians, three of them in in the West Bank governorate of Bethlehem, and one in Jenin, in the northern part of the occupied West Bank, after breaking into their homes, and violently searching them.

Also at dawn, the soldiers invaded several homes in different areas of Tulkarem governorate, in the northern part of the occupied West Bank, and abducted six Palestinians, after breaking into their homes and violently searching them.