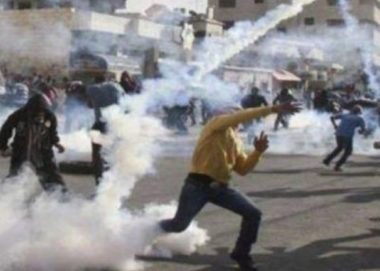 Israeli soldiers injured, Friday, eight Palestinians in Orif and Beita towns, south of Nablus, in the northern part of the occupied West Bank.

The Palestinian Red Crescent Society (PRCS) has reported that the soldiers shot one Palestinian with a rubber-coated steel bullet, and caused five others to suffer the effects of teargas inhalation, in Orif.

The Palestinians were injured after many soldiers invaded the town, and resorted to the excessive use of force against local protesters.

The PRCS added that the soldiers also shot one Palestinian with a rubber-coated steel bullet, at the entrance of Beita town.

The soldiers also closed many roads in the area, and near various communities in Nablus governorate, stopped and searched dozens of cars, and interrogated scores of Palestinians while inspecting their ID cards.