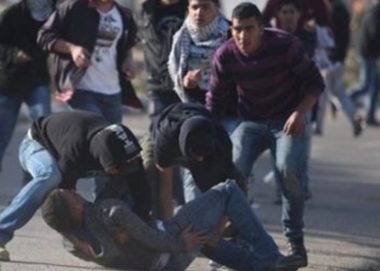 They added that eleven Palestinians were injured by the rubber-coated steel bullets and gas bombs, and received treatment by local medics, without the need for hospitalization.

The invasion was carried out from several directions, when many armored military jeeps advanced into the Palestinian town.

Also on Thursday, the soldiers injured many schoolchildren after firing gas bombs into their school, in Hebron city, in the southern part of the occupied West Bank.