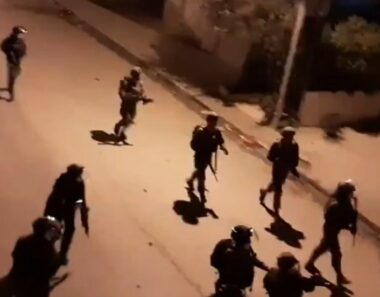 They added that several Palestinians suffered the effects of tear gas inhalation, in addition to cuts and bruises. The Palestinians were protesting the death of a child, identified as Mohammad Moayyad al-Allami, 11, who was shot by the soldiers after they opened fire at his father’s car while driving in Abu Toaq area, at the entrance of Beit Ummar.