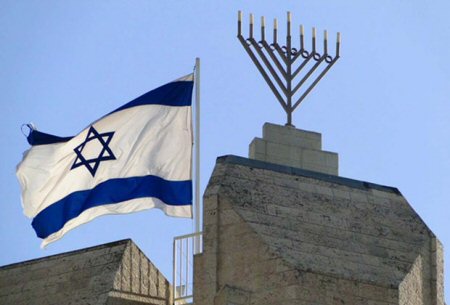 On Wednesday, Amsalem replaced MK David Bitan, who stepped down from the position, amid a corruption investigation against him.

“The first mission of the coalition chairman, MK Amsalem, will be to pass the nationality bill, one of the most important pieces of legislation that will enter Israel’s history books,” Netanyahu said, according to Days of Palestine.

The bill proposal, first submitted 4 years ago by Likud MK Avi Dichter, seeks to enshrine, as a basic law, the concept that Israel is the nation-state of the Jewish people. The legislation determines that all Israeli law must be interpreted according to this principle.

As discriminatory towards Arab-Israelis (the Palestinians who remained home during the Israeli ethnic cleansing in the 1940s), the bill specifies some of the practical aspects of Israel being the nation-state of the Jewish people.

It recognizes and prioritizes the Judaization of state symbols, claims Jerusalem as the capital, Hebrew as the official language, the right of Jews to easily migrate to Israel, Jewish settlement, relations with the Jews abroad, the Hebrew calendar and holy sites.

Netanyahu requested to complete a first reading before the Knesset adjourns for the summer. However, Eyal Yinon, the Knesset’s legal advisor, informed Knesset Speaker Yuli Edelstein that a proposal such as this cannot be advanced on such a short schedule.