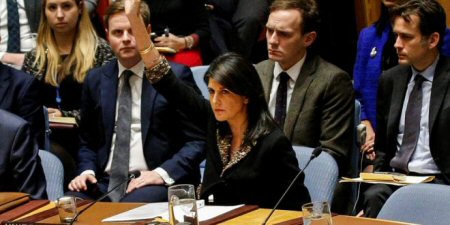 In a letter penned by 21 international NGOs and advocacy groups, senior members of the U.S. Administration have been urged to immediately restore $65 million in frozen funds intended for the UNRWA.

Agencies to have signed the letter include a variety of NGOs and advocacy groups, including Oxfam America and Amnesty International America, as well as religious charity groups Islamic Relief US and the Jesuit Refugee Service USA.

The move to severely cut financial contributions to the UNRWA is described as unprecedented and deeply alarming and breaks with decades of U.S. foreign policy and political sentiment.

“It is deeply troubling to witness such a casual disregard of principles that have been crucial to U.S. policy deliberations over many decades,” the letter reads, according to the PNN.

The letter recalls earlier commitments under the Reagan and Bush administrations to supply much needed aid to refugees and vulnerable people globally. Such peoples have included those in famine-stricken Ethiopia and the those part of the Good Humanitarian Donorship Initiative, under then-President Reagan and Bush, respectively.

It was then-President Reagan who declared, as the letter recalls, “a hungry child knows no politics.” Political interference in the decision to cut funding has raised much concern within the NGO community internationally.

“We are particularly alarmed that this decision impacting humanitarian aid to civilians is not based on any assessment of need, but rather designed both to punish Palestinian political leaders and to force political concessions from them,” the letter reads.

With the proposed cut to U.S. aid, the United Nations Relief and Works Agency (UNRWA) faces its most severe crisis since its inception in 1949. The organisation was created to assist refugees fleeing violence in the occupied Palestinian territories and has since grown to become an expansive network of services and infrastructure supporting ensuing generations of displaced Palestinians.