Palestinian Child Dies From Serious Wounds He Suffered In October 2019 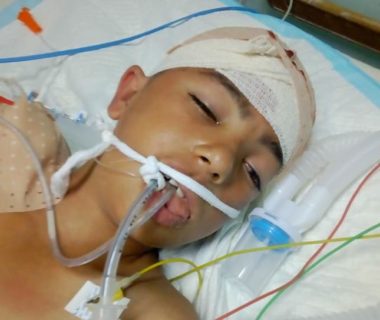 Palestinian medical sources have reported that a child died, Friday, from serious wounds he suffered in mid-October of 2019, after Israeli soldiers shot in southern Gaza.

The sources said the child, Ala’ Hani al-Abbassi, 15, was shot by the soldiers with a high-velocity gas bomb in his head, east of Khan Younis, in the southern part of the Gaza Strip.

After his injury, the child received the needed first aid before he was rushed to a hospital in Khan Younis.

The child underwent surgeries and remained in a coma in the Intensive Care Unit, until he was pronounced dead, Friday.

On Friday at dawn, the Israeli army carried out a series of airstrikes targeting several areas in Rafah, in southern Gaza.

Media sources said the army carried out ten strikes that led to extensive property damage and caused a power blackout over most of the Rafah.