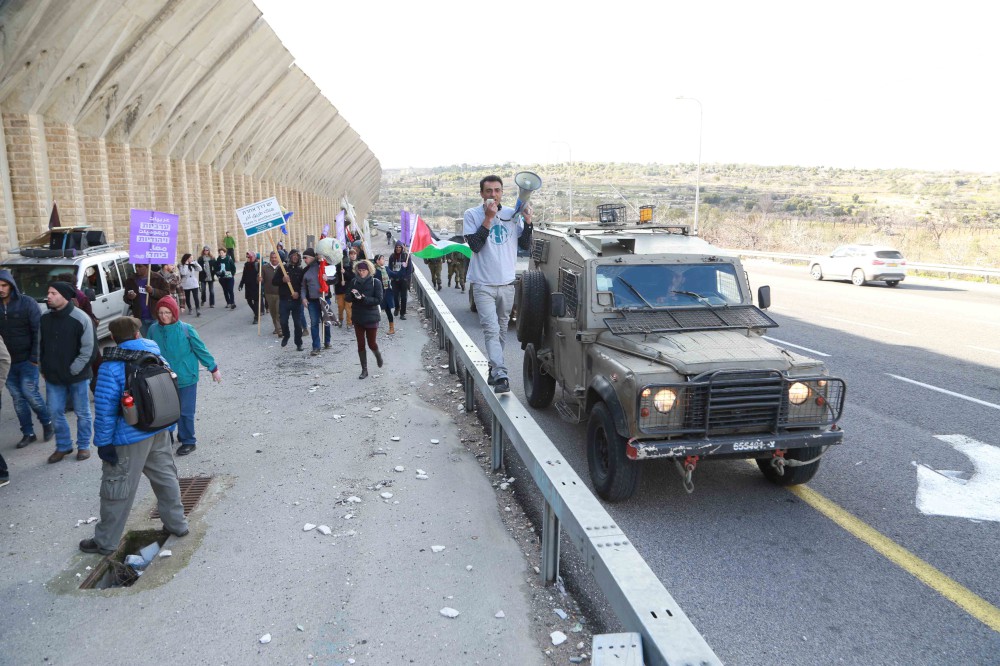 More than 200 Palestinian and Israeli activists marched on Friday in the freedom march titled “Together Against Land Theft” which was organized by Combatants for Peace and Standing Together collation near the southern West Bank town of Beit Jala. 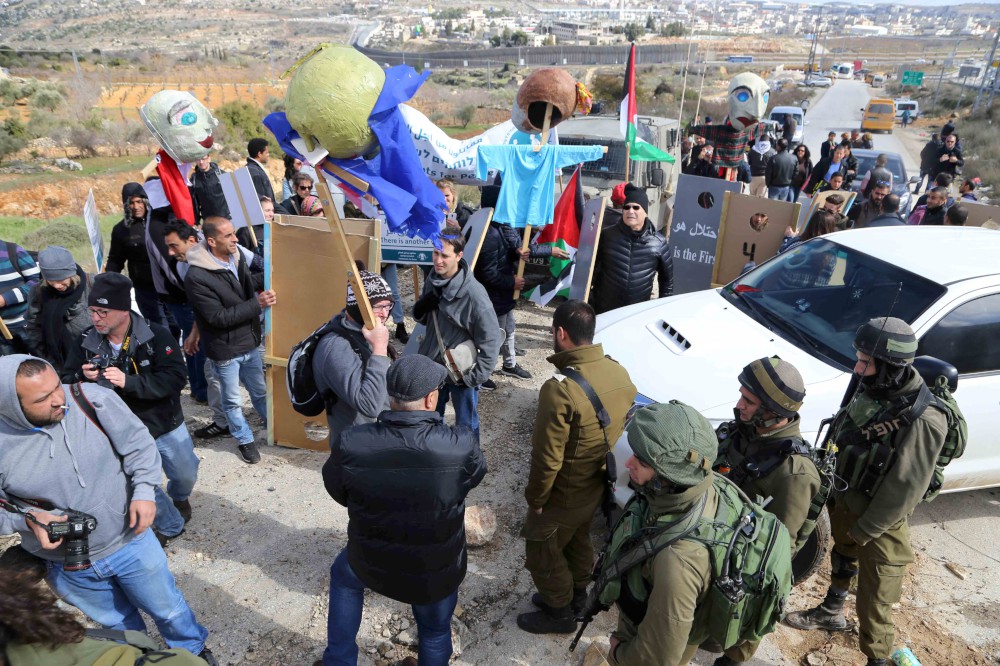 The protest started from a roadblock the army erected at the entrance of Huassan village, south of Beit Jala, ten days ago, forcing villagers to walk to their homes. At the roadblock troops tried to stop the protest, however the participants march on towards the nearby settlers road 60 chanting against the occupation and the Israeli policy of confecting Palestinian lands for building settlements. 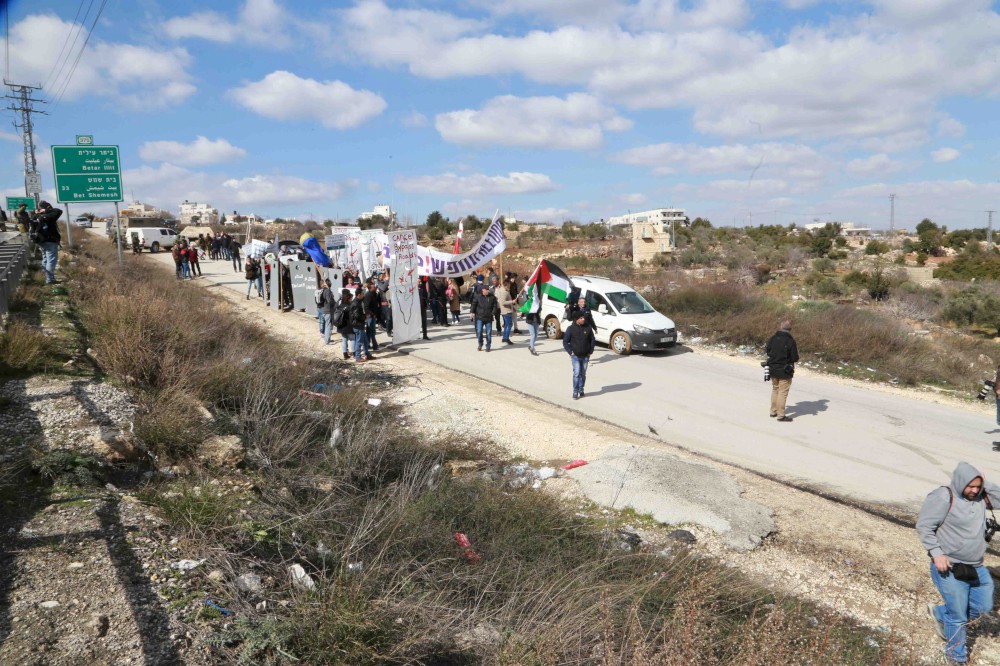 At the settlers road troops once more tried to stop the protest and confiscated parts of scale model of  wall the protesters were carrying and some poppets. People kept marching until the reached the tunnel checkpoint separating Beit Jala from Jerusalem. The protest ended with speeches delivered by activists of combatants for peace. Mohamed Ewadah, the Palestinian coordinator of CFP told the crowed “welcome to the first Freedom March in 2017, CFP and  Standing Together collation have decided to conduct the march every first Friday of every month a different locations in the West Bank to show solidarity with those communities. We will never leave our homes, our country is not a suitcase and I am not traveling.” 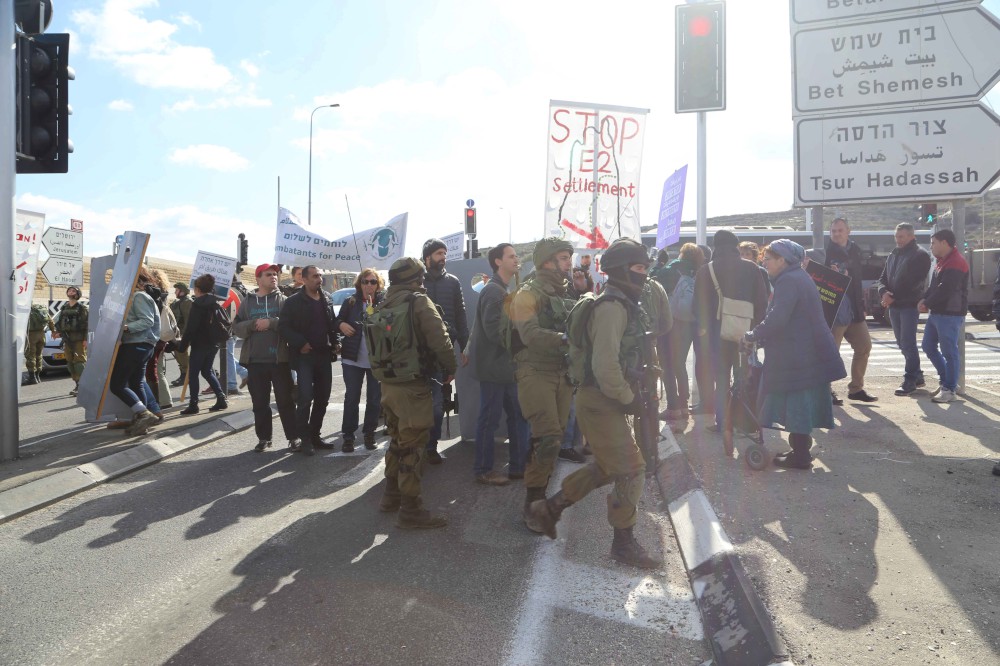 From his part, Udi Gur, the Israeli coordinator of CFP said “I want to thank all who joined us today. The current government of Israeli is not pleasing many Israelis as much as it angers Palestinians. The government that close roads, uproot olive trees and displace people after demolishing their homes is a government we work against it.” 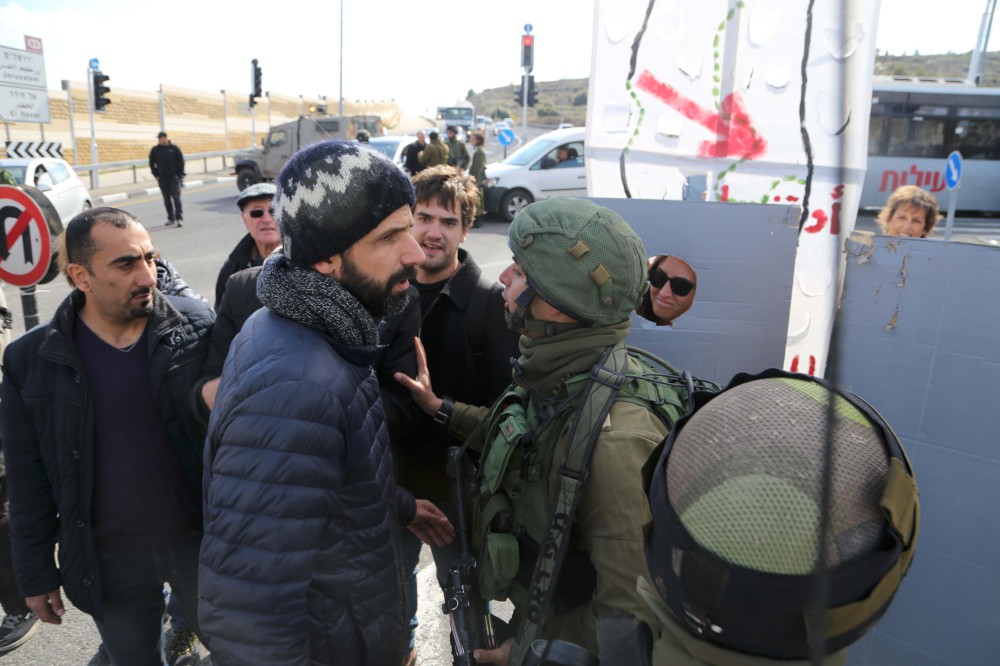 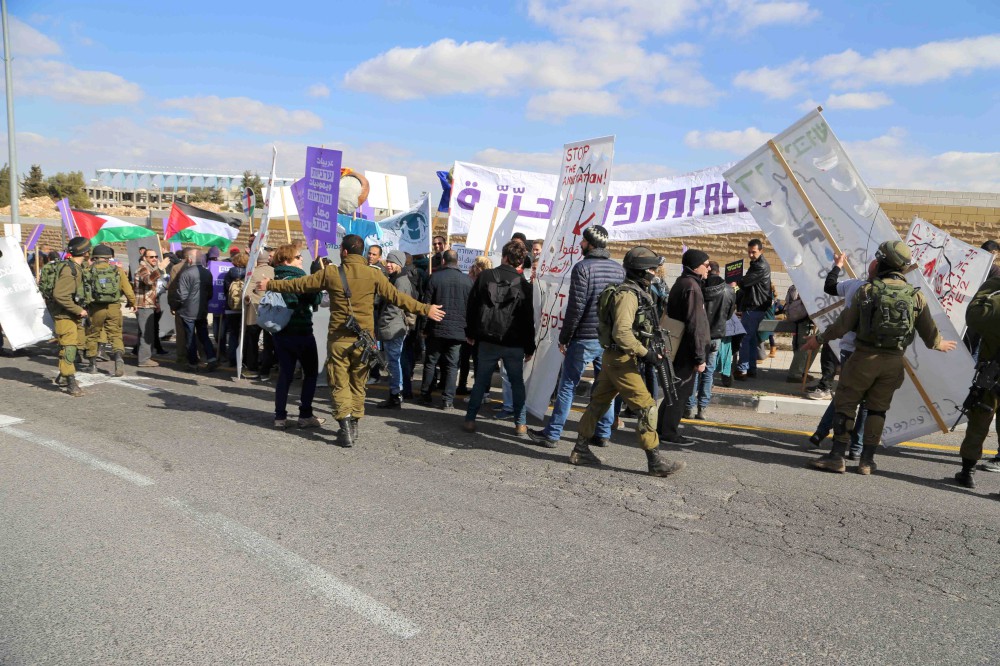 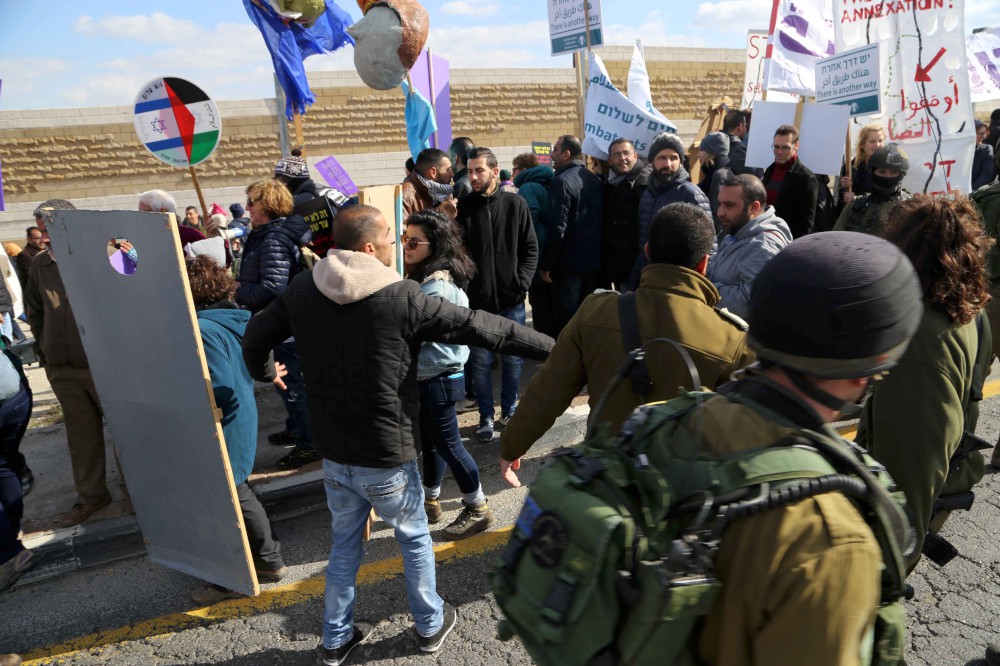 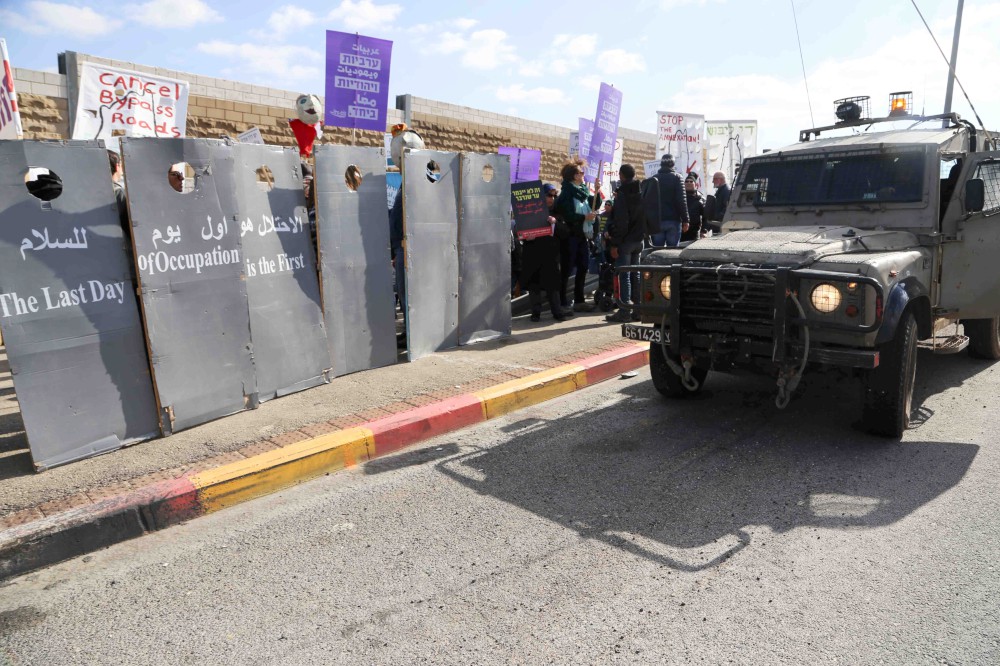 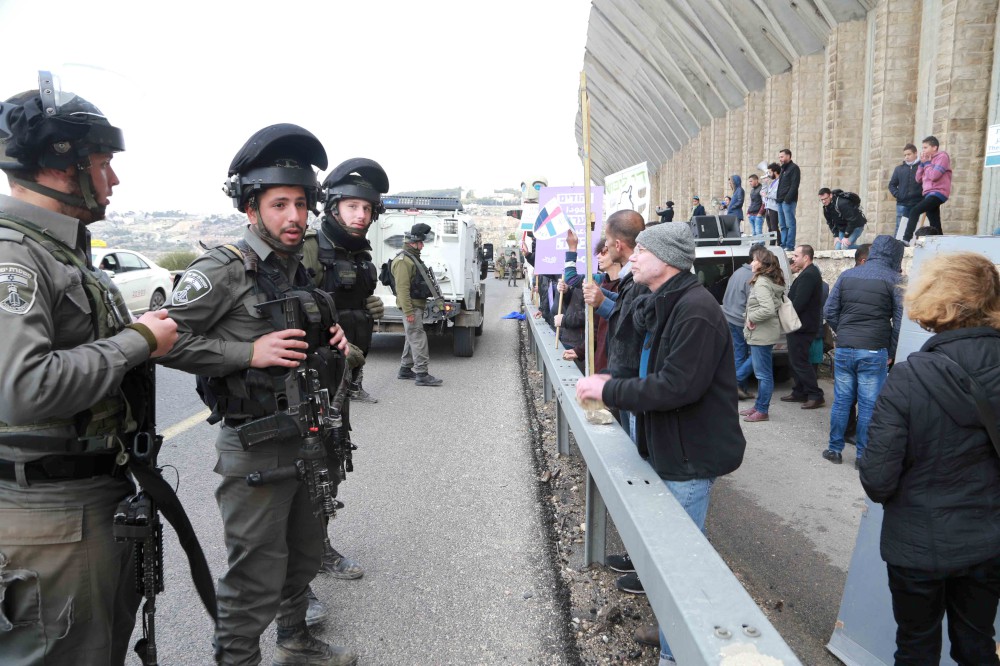 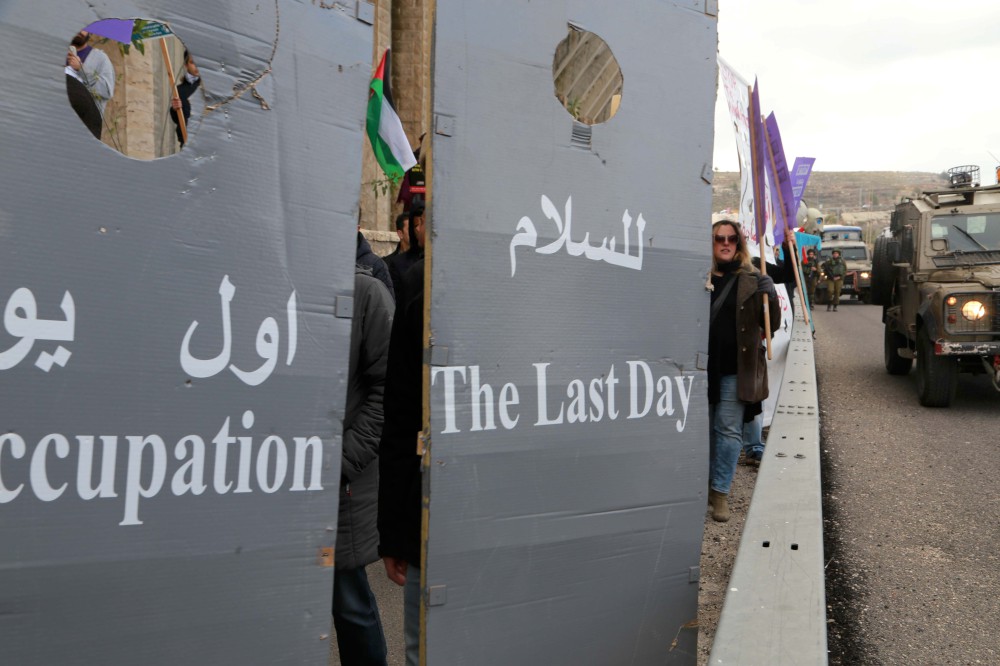 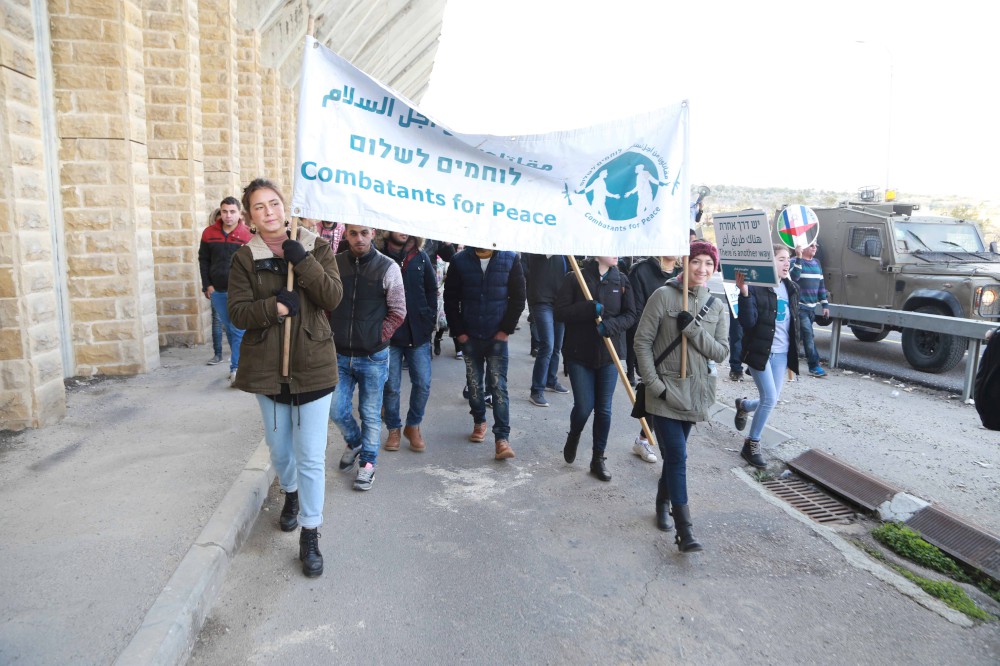