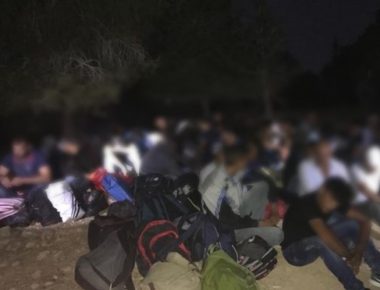 Israeli soldiers chased, Sunday, dozens of Palestinian day laborers, near Hebron, in the southern part of the occupied West Bank, as they were trying to enter Jerusalem for work, and abducted 68 of them, in addition to wounding one.

Media sources in Hebron said the workers, who were not granted permits to enter occupied Jerusalem, have to risk their lives to provide for their families amidst the deteriorating economic conditions in the West Bank.

They added that the soldiers chased dozens of workers, and managed to detain 68 of them, including young man, who suffered cuts and bruises in his legs, after falling down while the soldiers were chasing him.

The wounded young man, 20 years of age, from Yatta town, south of Hebron, received first aid by a soldier before being detained along with the rest of the workers who are 20-60 years of age.

The workers face dire conditions, and are constantly chased and abducted by the soldiers, who in many cases open fire and injure some of them.

Israeli army and the police also frequently invade construction sites, before detaining the Palestinian workers, who are usually released later after being sent to military roadblocks outside Jerusalem.

In addition, the soldiers abducted four young Palestinian men, from their homes in the al-‘Isawiya town, in occupied East Jerusalem.

The soldiers also abducted four young Palestinian men in Beit Ummar and Halhoul towns, near Hebron, in the southern part of the occupied West Bank.