Soldiers Abduct A Palestinian In Tubas 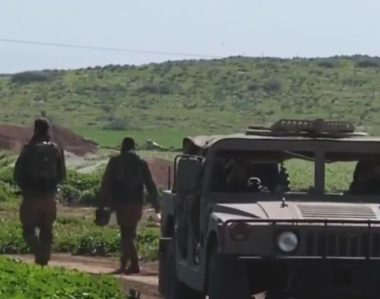 The Palestinians marched from the main entrance of Tayasir village and headed towards the permanent Israeli military roadblock before the soldiers attacked them with live fire, rubber-coated steel bullets, and gas bombs.

The soldiers also chased several Palestinians and abducted a young man after repeatedly assaulting him.

The Palestinians were protesting the Israeli escalation, especially the Friday attack and invasion into the Al-Aqsa Mosque, in occupied Jerusalem, resulting in injuring more than twenty Palestinians and the abduction of many others.

In related news, the soldiers attacked many Palestinian protesters in Nabi Saleh village, northwest of the central West Bank city of Ramallah, and shot a young man with an expanding bullet, in addition to causing several others to suffer the effects of tear gas inhalation.