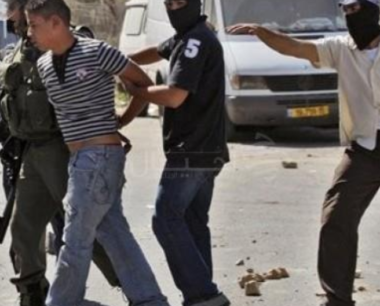 Montaser Sammour, the head of the Jenin office of the Palestinian Prisoners’ Society (PPS) said the two students have been identified as Mohammad Hasan Zaghal and Ahmad Mohammad Atatra.

Sammour added that the two students were taken prisoner near Zabbouba junction while heading back home from school.

In related news, the soldiers invaded the towns of Hizma, al-‘Isawiya and the at-Tour, in occupied Jerusalem, abducted four Palestinians from their homes, and shot one.