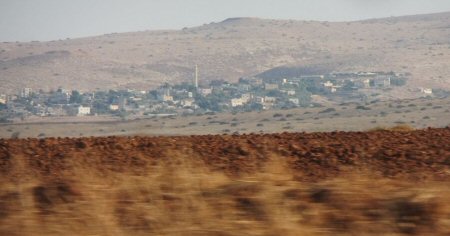 Israeli forces, on Tuesday, destroyed a number cactus seedlings belonging to a Palestinian resident of the northern Jordan Valley, said a local activist, according to WAFA.

Mutaz Bsharat, who monitors settlement activity in the Tubas district, said that the soldiers cut down hundreds of five-month-old cactus seedlings belonging to local resident Faris Sawafta, in the village of Bardala.

Bardala village is one of the very few Jordan Valley villages designated as area B, by the Oslo accords, giving some theoretical rights to the local population to have control over infrastructure and planning controls. However, just 3 km2 in the centre of the village is in area B, and allt he surrounding areas and farmland are in Area C, over which the Israeli state has absolute control.

Jordan Valley Solidarity reports that the heart of the village is becoming more and more overcrowded as occupation authorities harass other Palestinian communities in the rest of the valley, demolishing their homes and pressuring them to move to Bardala, Tubas, Nablus and elsewhere.

In late November, Israeli soldiers invaded the village of Bardala, in the early afternoon, and demolished a brand new home belonging to the family of  Khaled Rasheed, in addition to several other structures, the month prior.