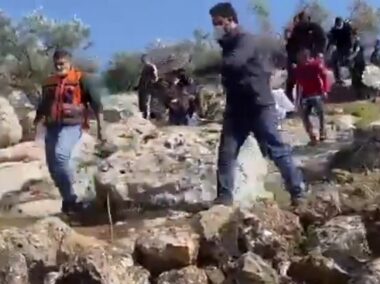 Israeli soldiers attacked, Friday, dozens of Palestinians holding a nonviolent protest against the colonialist activities in Beit Dajan village, east of the northern West Bank city of Nablus, and shot two in addition to causing dozens to suffer the effects of teargas inhalation.

Salim Abu Jaish, a member of the Popular Committee for Defending Beit Dajan Lands, said the soldiers resorted to the excessive use of force against the nonviolent procession which started in front of the Al-Kabeer Mosque in the village. 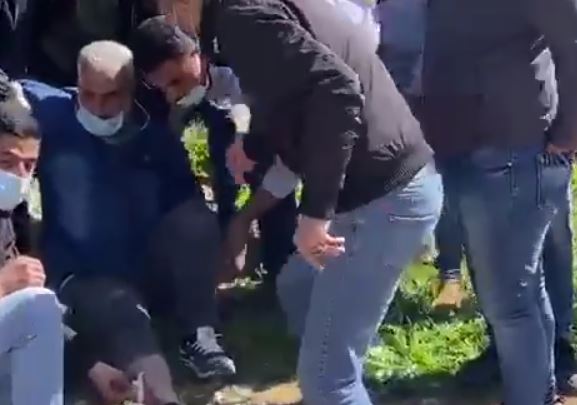 Abu Jaish added that the Palestinians were marching to the eastern area of the village, where Israel is planning to annex large areas of lands and orchards for its illegal colonialist activities.

He also said the soldiers shot a young man with a live round, and another with a rubber-coated steel bullet, before they were rushed to a local hospital suffering gunshot wounds to the legs.

Dozens of Palestinians suffered the severe effects of teargas inhalation, while many sustained cuts and bruises.

Today’s procession was also held to commemorate the 39th anniversary of the establishment of the leftist Palestinian People’s Party (PPP).

It is worth mentioning that the eastern area of the village has been witnessing ongoing invasions and violations, including assaults carried out by the illegal colonists against the Palestinians, their homes, and lands.

In related news, the soldiers shot a Palestinian with a gas bomb in the head, and caused dozens to suffer the effects of teargas inhalation, after the army attacked dozens of residents on their lands, west of Salfit in central West Bank.