Soldiers Shoot and Injure a Palestinian Child, near Hebron 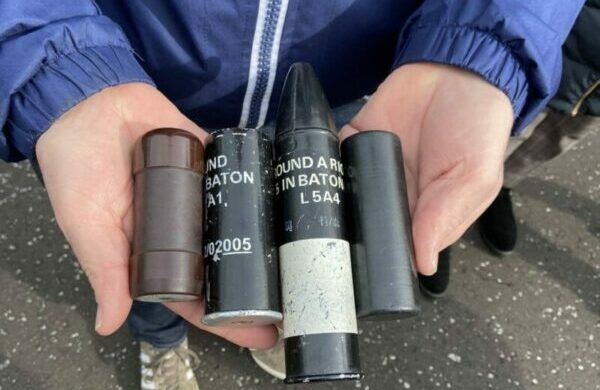 Israeli forces, on Sunday, shot and injured another child in Beit Ummar town, northwest of Hebron in the southern occupied West Bank, according to a local activist.

Local monitor of human rights violations committed by Israeli soldiers and settlers, Mohammad Awad, told the Palestinian News and Information Agency (WAFA) that the child was present at his family farm when soldiers fired a rubber-coated steel round, striking him in the head.

The child, who remained unidentified at the time of this report, was transferred to Alia Hospital in Hebron city for medical intervention.

The child’s condition was reported as stable.

Earlier on Sunday, Israeli soldiers shot two teenagers with rubber-coated steel rounds, striking one of them in the head, causing a serious injury.

Furthermore, on Friday, occupation forces killed a 13 year old child and caused another teen to lose his eye after shooting him directly in the eye with a steel round.