Updated: Four Palestinian Fighters Killed In An Explosion In Gaza 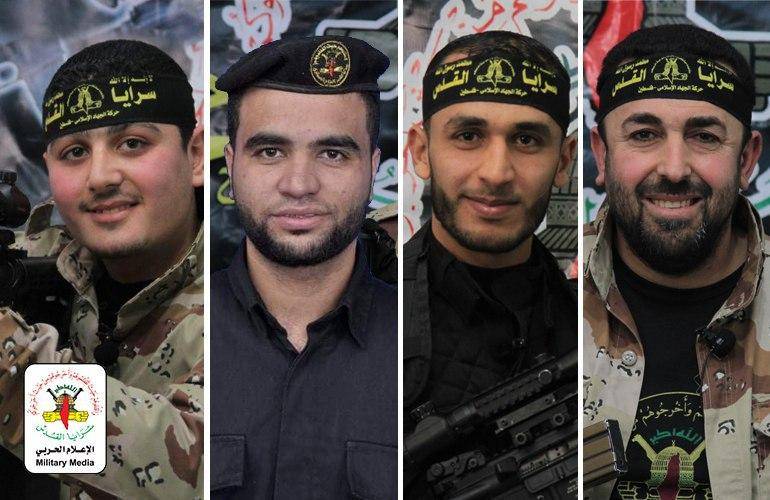 The Palestinian Health Ministry in the Gaza Strip has confirmed that four Palestinians, were killed in an explosion in Gaza city, Monday.

Medics and rescue teams first found the corpses of two Palestinians, and later found two others during the search.

The Al-Quds Brigades, the armed wing of the Islamic Jihad, issued a statement confirming that the four Palestinians are members of the group.

The four fighters, from the Sheja’eyya neighborhood, in Gaza city, were apparently killed in an accidental explosion, likely during training.

Two Palestinian fighters were killed on Monday evening in an explosion, in the Sheja’eyya neighborhood, east of Gaza city.

The Palestinian Red Crescent Society (PRCS) has reported that Eyad Jamal al-Jedy and Mo’taz Amer al-Mibyed, were killed in the blast.

The Al-Quds Brigades, the armed wing of the Islamic Jihad, has confirmed that the two were killed in an explosion in one of its posts.

For its part, the Israeli army denied any relation to the incident and said it did not target any area in Gaza at the time.

On Sunday, Israeli navy ships attacked Palestinian fishermen within one nautical mile off the Gaza shore, while, on Saturday morning, the soldiers fired live rounds at Palestinian farmers and shepherds.

It is worth mentioning that the Israeli army has been bombing Gaza for about two weeks, in addition to escalating its attacks against farmers on their lands near the perimeter fence, and fisherman in Palestinian territorial waters in the coastal enclave.