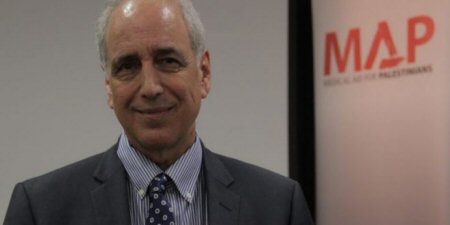 As the occupying power, Israel is responsible for the welfare of the Palestinian population under its control, and is obligated to ensure that sufficient medical care and public health standards are upheld under international law. The report, released at the UN Human Rights Council in Geneva this week, assessed the health and healthcare of Palestinians in the West Bank, including East Jerusalem, and Gaza, against these obligations:

“Israel’s occupation of the Palestinian territory – with characteristics such as the expanding settlement enterprise, the annexation of territory, the confiscation of private and public lands, the pillaging of resources, the publicly-stated ambitions for permanent control over all or part of the Territory, as well as the Territory’s fragmentation – has had a highly disruptive impact upon health care and the broader social determinants for health for Palestinians in the occupied territory.”

According to the PNN, the report pays particular attention to the situation in Gaza, where an estimated 40% of essential medicines are out of stock, and electricity shortages have forced the closure of medical services such as operating theaters, emergency departments, diagnostic services, general medical wards, instrument sterilization and the treatment of chronic illnesses. Professor Lynk reiterates UN warnings that the healthcare system is “on the edge of collapse,” stating that “this dilapidated and failing Gaza health care sector is overwhelmingly a human-made crisis.”

He reflects that “one consequence of this acute crisis has been the compelling need to refer larger numbers of patients with serious or chronic health conditions to medical facilities outside of Gaza for treatment that they should be able to, but cannot, receive in the territory.”

Nevertheless, significant barriers exist to free the movement of patients for care, with increasing delays or denials in exit permits for those needing to exit Gaza for treatment. As previously highlighted in Medical Aid for Palestinians (MAP)’s joint statement with Human Rights Watch, Al Mezan Centre for Human Rights, Amnesty International and Physicians for Human Rights Israel, Professor Lynk reports that last year only 54% of all permits to exit Gaza were approved by Israel in time for patients to get to care. This is the lowest rate of permit approvals ever recorded. 54 patients are known to have died after delays or denials to these permits in 2017.

The report also discusses the sad death of breast cancer patient Abeer Abu Jayyab. Abeer led a peer support group for women with breast cancer at a MAP-supported women’s health clinic in Bureij refugee camp, in Gaza. She was described by staff as “a flame of vitality, energy and positivity” and “one of the loveliest and most resilient women” at the center.

Abeer required a treatment course of Herceptin. As this drug was unavailable in Gaza, she had to apply for a health travel permit for treatment in East Jerusalem. Her travel applications were repeatedly denied on security grounds by the Israeli authorities, and she missed her scheduled appointments. Abeer died in Gaza on 8 June, 2017, after her cancer metastasized.

Professor Lynk states that “Abeer’s case exemplified a distressing trend: 46 of the 54 deaths in 2017 were cancer patients who were unable to receive adequate health treatment in Gaza.”

Professor Lynk concludes that “Israel’s byzantine and opaque exit permit system imposed upon patients who require treatment outside of Gaza is but one element which demonstrates that Israel’s obligations as occupying power to the residents of Gaza remain far from fulfilled”.

The report raises concern about attacks against Palestinian medical facilities and personnel. “The principal Palestinian hospital in East Jerusalem [was] raided repeatedly by heavily-armed Israeli soldiers and police who fire[d] stun grenades and sponge rounds, resulting in mayhem and fear among patients and staff,” notes the Special Rapporteur. He calls on Israel to “ensure the respect and protection of medical personnel and medical facilities as required by International Humanitarian Law.”

Among the other right to health themes in the report are the worryingly high rates of child malnutrition in parts of the oPt, and the challenges of living with a disability under occupation, blockade and closure. Referring to the experience of people with a physical disability in Gaza, Lynk notes that “with electricity operating only a few hours per day, in some cases, simply leaving one’s home can be nearly impossible.” The Special Rapporteur also draws attention to the impact of occupation and associated violence, uncertainty, and regular human rights violations on the mental health of Palestinians. He describes a mental health system that is increasingly ill-equipped to provide greatly needed support and resources.

The Special Rapporteur concludes by stating that, were Israel meeting its duty to “ensure that the right to health – the enjoyment by the protected population of the highest attainable standard of physical and mental health – is fulfilled during the temporary period of occupation, consistent with its reasonable security needs,” it would “actively work to restore and enhance the health care system for the people under its effective control,” adding that:

“It would not obstruct the access by patients and medical staff to hospitals and health clinics, either physically or bureaucratically. It would strive to create conditions of stability and security, so that the social determinants of health can advance, rather than retard, the flourishing of physical and mental well being. It would promote equality of access to health care for all, with particular attention paid to the vulnerable and marginalized. The occupying power would actively work with the health institutions of the protected population to chart a progressive health care strategy for the future that also respected the coming restoration of full sovereignty. It would not discriminate. It would not torture or mistreat prisoners and detainees. It would not impose collective punishments of any sort. As a priority, it would provide all the necessary health services and supplies that the medical institutions of the protected population are unable to deliver themselves.

“Ultimately, the occupying power would understand that leaving behind a thriving health care system, aligned with robust social determinants, at the end of the occupation provides the best opportunity for peace and prosperity to endure.“

Measured against these obligations, however, he concludes that Israel’s “avaricious occupation – measured by the expanding settlement enterprise, the annexation of territory, the confiscation of private and public lands, the pillaging of resources, the publicly-stated ambitions for permanent control over all or part of the Territory, and the fragmentation of the lands left for the Palestinians – has had a highly disruptive impact upon health care and the broader social determinants for health for the Palestinians.”

Professor Lynk concludes his report by recommending that Israel “ensure regular and reliable access, at all times, for all Palestinian patients who require specialized health care outside of their jurisdictions, consistent with genuine Israeli security concerns” and that it “comply fully with its obligations under international human rights and humanitarian law with respect to fulfilling the health needs of the protected population.”