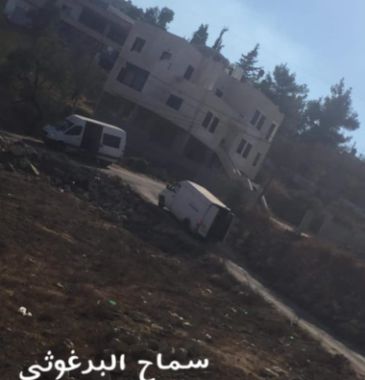 Undercover Israeli soldiers infiltrated, Thursday, into the Palestinian town of Kobar, north of the central West Bank city of Ramallah, and kidnapped three siblings from their home.

Media sources said the undercover soldiers, driving a car with civilian license plates, kidnapped the three siblings, identified as Qasam, Nassim and Asseel Barghouthi, after storming their home and violently searching it.

The soldiers then sped away and moved the three siblings to a nearby military base.

It is worth mentioning that, on Thursday at dawn, the soldiers abducted four Palestinians and shot a cameraman working for Palestine TV, in Ramallah, Kobar and nearby villages.

Also at dawn, the soldiers abducted five Palestinians from their homes in the West Bank governorates of Hebron, Bethlehem, Qalqilia and Jenin.