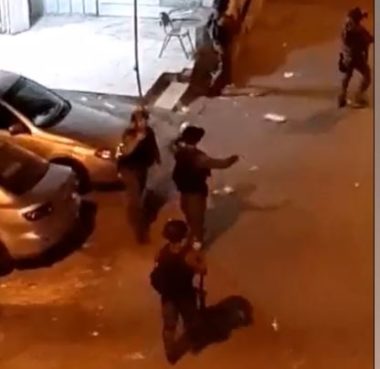 The Wadi Hilweh Information Center in Silwan (Silwanic) said the undercover officers, wearing civilian clothes, infiltrated into the town, and abducted the teen, before taking him to an unknown destination.

It added that the regular army units invaded the town when the undercover officers invaded Obeid family home, and fired live rounds in the air, to prevent the Palestinians from approaching them, and withdrew from the town.

On Wednesday at dawn, the soldiers abducted sixteen Palestinians from their homes, in several parts of the West Bank.