Palestinian Government: US and Israel Work to Implement “Deal of Century” 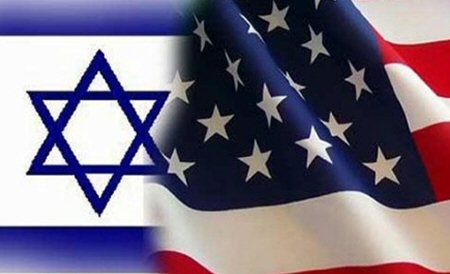 The Palestinian government says that the US administration and Israel are working on the first stage of Trump’s Middle East ‘Deal of the Century’ by offering a humanitarian plan in Gaza, according to Al Ray.

In a statement, on Wednesday, the government said that the US exploits humanitarian work in Gaza, and the act of improving its conditions, to draw a beautiful picture for the Israeli occupation.

It also denounced the closing of the Kerem Shalom crossing, along with the reduction of the fishing area in the Gaza Strip, as a new attempt to tighten the siege imposed on the Gaza Strip for nearly 11 years.

The statement stressed the role and responsibility of the international community and the United Nations, as well as the need to align with the values of human rights and justice, in order to solve Palestine crisis, by implementing the resolutions of the United Nations and establishing sovereign State of Palestine according to the 1967 Palestinian territories, with East Jerusalem as its capital. It also stressed the need to end the suffering of millions of Palestinian refugees and to enable them to live in freedom and dignity.

It called on the UN to hold to its responsibilities in implementing its resolutions, taking the necessary steps to hold Israel accountable for its crimes against the Palestinian people and its violations of the principles of the international legitimacy, obliging it to end what has become the longest military occupation in the modern history.

On the other hand, Hamas said that current plans do not include any decisions to end the punishment measures against Gaza, or attempts to incite the international community, confirming complicity with US and Israeli steps to implement the deal.

The spokesperson for Hamas, Fawzi Barhoum, held both the Israeli occupation and the Palestinian Authority responsible for the repercussions of the siege and the collective punishment measures against Gaza.