Why did Hamas Refuse Aid Money from Qatar? 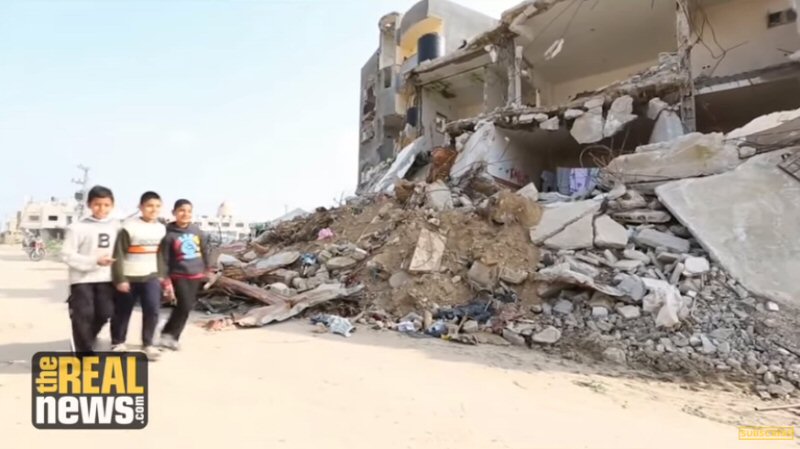 Scholar Imad Al-Soos discusses the massive changes in the relationship between the Israeli government and Hamas in Gaza, over past months, and how Hamas’ new policies affect the lives of the Palestinians in the Gaza Strip.

Dr. Imad Alsoos wrote his PhD at the Free University of Berlin. He’s a scholar of the Hamas party and of Palestinian nationalism.

MARC STEINER: Welcome to The Real News Network. I’m Marc Steiner. Great to have you with us.

Towards the end of last year, just when it seemed that the Israeli military was poised to invade and once again begin bombardment of the Gaza Strip, an agreement was reached between the Israeli government and Hamas. While the Israeli siege of Gaza remains in place and the Great March of Return by Palestinians trapped in the Strip continues like clockwork every Friday, the Israeli government somehow agreed to allow Qatar to send money to the Gaza Strip to pay public workers. That may have alleviated some of the suffering of the people of Gaza to an extent.

The Qatari Ambassador, Mohammed al-Emadi, had this to say.

MOHAMMED AL-EMADI: Hamas leadership informed us they refuse to accept salaries to be paid under any condition, as a way to spare all parties any pressure, it was agreed to dedicate the Qatari financial grant to pay for humanitarian projects with full cooperation and coordination with the United Nations, whether the projects are to help poor families, or to improve and develop electricity networks or projects that serve the health ministry, or in cash forward projects. There will be signing of all agreements with the United Nations on Monday to the amount of $20 million.

MARC STEINER: To help us wade through the political complexity of this issue, we talk with Dr. Imad Alsoos, a scholar who studies and writes about Hamas and Palestinian nationalism. Dr. Alsoos is currently a research fellow at the Max Planck Institute for Social Anthropology in Halle in Central Germany, and joins us from Berlin where he lives. And Imad, welcome. Good to have you with us.

IMAD ALSOOS: Thank you so much, Marc, for having me.

MARC STEINER: I appreciate you taking the time. So let’s start here. After the bloody confrontations, where more than 250 Palestinians were killed in Gaza by Israeli forces in March of last year, Hamas and Israel reached some kind of agreement. And what was the substance of this agreement, the political background to it, and why did Hamas accept it?

IMAD ALSOOS: It’s tricky because still we don’t have a written agreement. But we can call it understandings led by an Egyptian vehicle between Israel and Hamas. To summarize this understanding in one phrase, we can say security for ending siege or security for lifting siege. From the part of Hamas, Hamas was supposed to reduce the rioting of the popular protests in the border between Gaza and Israel, which embarrassed Israel, basically, the nightly protests and the fire kites. From the Israeli side, it is supposed to ease the siege, and that includes, for example, the food, labor, and the movement of people.

Like if we take for an example, last October Israel had already reduced a fishing zone in Gaza from nine nautical miles into six. And this is supposed, according to the Oslo agreement, to be twenty nautical miles. And the other side, the laborers are supposed to go to Israel, I mean Palestinian labor to Israel, and this didn’t happen. And the movement is still highly restricted between Israel and Gaza and between Egypt and Gaza. So in reality, this basically was the understanding through the Egyptian vehicle between Hamas and Israel.

MARC STEINER: So why do you think Hamas accepted it, though? Why was this in Hamas’ interest and Israel’s interest?

MARC STEINER: So let’s talk about some of the internal contradictions here within the Palestinian movements. I mean, there was significant opposition to this agreement from President Mahmoud Abbas, who of course is the head of the Palestinian Authority and Fatah. So he has refused to send money to pay the salaries of workers in Gaza, he tries to undermine the agreement, so why is Abbas so fiercely opposed to this that he’s willing to take an active role in making the lives of the people in Gaza even worse? And why did Qatar jump in and agree to forward the money and pay their salaries? What’s politics behind that, and how does that play into the overall struggle of Palestinian liberation?

IMAD ALSOOS: Yeah, I think this is a very good question. Let’s split it into two parts, the first part regarding Palestinians. I think Fatah and President Abbas can be understood within the framework of authoritarian tradition within settler colonial power. I mean, if we take the Fatah and President Abbas’ argument, they would say that Hamas agreed to hand in the government of Gaza, therefore the security should be in our hands and the financial transfers in our hands. And as long as Hamas agreed to receive the Qatari money through Israel and not through us, this jeopardized the negotiation to unite Gaza and the West Bank. And so, it’s the end of the reconciliation.

However, from the other side, you can say President Abbas and Fatah are behaving in a kind of utopian barbarian sense, like they are a country, they have borders, they have sovereignty, et cetera. When in reality, the security, the borders, and the movement of people are in the full hand of Israel, even in the West Bank. Even the Palestinian president himself, he needs a permit to move inside and outside Palestine. Therefore, Hamas doesn’t agree to hand over power–or the Gaza government and the Gaza parties who are allied with Hamas, they reject to hand power to President Abbas because the monopoly over the legitimate use of force does not need the Palestinian Authority, which is under the occupation.

MARC STEINER: In some ways, when you watch this, to me this almost epitomizes the difficulties that Palestinians have in a unified political movement to fight for their future, to even look for a two state solution, any of that. I mean, the larger picture around this shows how difficult it is for this to happen, just because of the internal warring inside itself, between Palestinians.

IMAD ALSOOS: Yes. I mean, this is partially true. But at the end, both of them agreed for two state solutions; Hamas, in its latest document, the new charter, and Fatah a long time ago. But I think it’s not in the interest of Israel, the two state solution nowadays, and certainly in not the interest of Israel to unite Gaza. They wanted to keep this split, weaken the Palestinians and keep them divided, so they can continue on with their settler occupation. But I want just to come, if you let me, to why Qatar jumped in.

MARC STEINER: Yeah, I was about to ask you that question.

IMAD ALSOOS: Yeah, this is the second part of that question. I think this is a very interesting question. I’m not pro-Qatar, but I have to be fair. Qatar didn’t jump in, Qatar is helping Gaza even before the Arab Spring and after the Arab Spring, and helped the Palestinian elections, the democratic elections that the PA rejected, when Hamas won in 2006. But after the failure of the Arab Spring or the counterrevolution, now Qatar is part of regional attention. You have Qatar on Turkey from on one side, and you have Israel, Egypt, Saudi Arabia, and the United Arab Emirates from the other side. So supporting Hamas can reflect the regional tensions between Arab countries themselves.

MARC STEINER: So then, it begs the question, why did Hamas refuse to take the Qatari money after all this? I mean, let’s just stop there. So was that about, then?

IMAD ALSOOS: To be honest, I don’t think Hamas principally refused to take Qatar money, but I think it rejected how Israel handled the understandings and the money itself, which part of the understandings. And I think Hamas wanted the money to keep Gaza functioning, because a government needs money. But I think because Hamas became more vulnerable to the popular support. And I was following Gaza from inside, I was looking to peers, following their Twitter and Facebook, the news. And I think there was a huge popular rejection of this money, the Qatari money, because it’s come through Israel, and Israel decides when to give it and not to give it. However, there’s a reduction of the amount of popular protests on the border of Gaza, so they think that Israel doesn’t comply, doesn’t meet its obligations, while Hamas does. And this is why Hamas just rejected, I think, to can the popular rejection of this money.

MARC STEINER: So let me just ask one final thing. So I’m very curious, Imad. How do you think all of this, the battle over the Qatari money, who controls the money, how is this going to play into the larger picture in this struggle between Gazans and Israel and between Palestinians and West Bank and Israel? I mean, because this is one issue in the midst of a very complex struggle that’s going on.

IMAD ALSOOS: I think you touched the core of the conflict. I would love to go far from your questions, but that go deep into it. I think the problem that, if you see Gaza, is about 75 or 80 percent refugees, where they are coming from, from villages and cities around Gaza, which is now Israel. And it’s the most populated area in the world and always going to be a security problem if the occupation issue and the refugee issues is not addressed. And I think this is the core of the problem. Hamas can go, and can the PA, but if the question is not solved, the conflict will be more complex and will continue more and more.

MARC STEINER: Well, Imad Alsoos, this has been really enlightening and eye-opening. I appreciate the time you’ve taken with us here at The Real News. Thank you so much for all your work and for joining us here today.

IMAD ALSOOS: Thank you so much, Marc. I liked all of your questions.

MARC STEINER: Thank you. And I am Marc Steiner here for The Real News Network. Thank you all so much for watching and being with us. Take care.