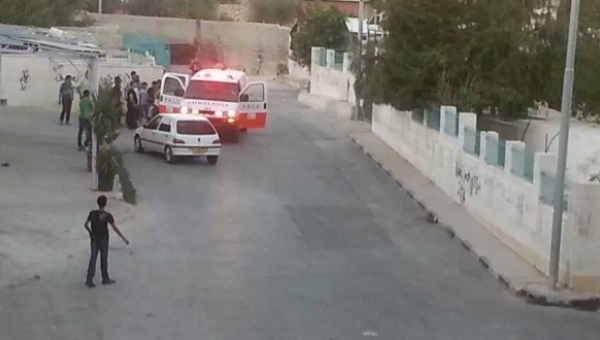 Bethlehem, Friday evening [September 27, 2013] Palestinian medical sources have reported that several residents have been treated for the effects of teargas inhalation during clashes with Israeli soldiers in Aida refugee camp, north of Bethlehem.Eyewitnesses said that a number of soldiers invaded the entrance of the camp, and harassed several residents, leading to clashes with dozens of local youths who hurled stones and empty bottles at them.

They added that the army deliberately fired gas bombs at homes in the camp, and tried to break into “Lajee Center” (Refugee Center) but local residents and international peace activists managed to stop them.

Medical sources said that a local cameraman, working for the French Press Agency, was injured. He was identified as Mousa Sha’er.

In related news, at least five Palestinians, including a cameraman, have been injured by Israeli army fire east of Gaza city.

Medical sources in Gaza said that soldiers, stationed at the Nahal ‘Oz, military base, across the border fence with Gaza, fired sounds of live ammunition and gas bombs, at Palestinians following the Friday noon prayers.