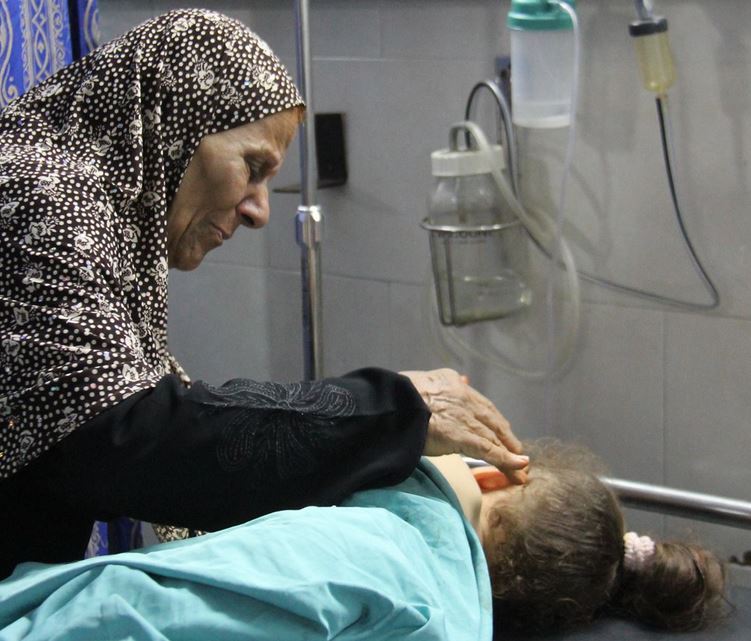 The Palestinian Ministry of Health has reported that Israeli missiles and shells in the Gaza Strip have killed five Palestinians, Friday, while at least 31 have been injured.3:15 Friday Update:

In a phone call with journalist Mohamed Omer in Rafah, the IMEMC learnt that the army is bombing different areas in Rafah, and the Gaza Strip, and that the soldiers are using weapons that produce a very bad smell, and their effects cause burns on skin.

Omer told the IMEMC: “the situation is very difficult, and the army is using a weapon that burns skin on contact’

“The shelling is very close to where I am”, he added, ‘They [Israel] cut off the electricity, the Internet’

Israeli  drones fired missiles into the area of al-Qarara, in Khan Younis, located in the southern part of the Gaza Strip, where three family members were killed and at least six others were wounded. The slain Palestinians have been identified as:

Another Palestinian was killed, and many were injured, some seriously, when the army fired missiles into Rafah, in the southern part of the Gaza Strip.

The wounded have been moved to Abu Yousef an-Najjar Hospital. The slain Palestinian has been identified as:

Medical sources said several Palestinians have been injured in an Israeli military bombardment of the Zeitoun neighborhood of Gaza City.

The Israeli army carried out dozens of air strikes targeting different parts of the Gaza Strip, on Friday night, including at least 25 air strikes and shelling from warships targeting Rafah, journalist Mohammed Omer stated on his twitter account.

The first Palestinian to be killed after Israel resumed its bombardment of Gaza, earlier on Friday, was a child identified as: