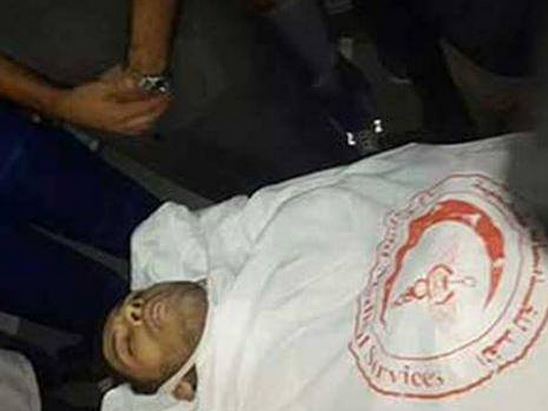 Egyptian military forces, late Friday, shot and killed a Palestinian child at the Rafah border between Egypt and Gaza.Witnesses told Ma’an News Agency that Egyptian soldiers opened fire at four Palestinians in the al-Salam neighborhood of Rafah, killing one and arresting the other three.

The Interior Ministry in Gaza demanded Egypt to investigate the shooting, and prosecute those responsible for his death.

It described the attack as a serious escalation and excessive use of force against an unarmed Palestinian who did not pose any threat to the soldiers or Egypt’s security.

The Ministry said the Palestinian was unarmed, and was trying to get into Egypt searching for work due to poverty and very difficult conditions resulting from the Israeli siege and ongoing attacks on the coastal region.

Egypt and Israel maintain a jointly imposed blockade on the Gaza Strip, keeping borders largely closed, limiting trade and restricting the freedom of movement of its residents.

Under an August ceasefire agreement between Israel and Palestinian resistance forces, the stranglehold on Gaza’s borders crossings was hoped to be loosened, incrementally.

However, in late October, an attack occurred in the Sinai Desert region, in which 33 Egyptian soldiers were killed, prompting the expansion of the buffer zone, instead, and by which some 1,200 homes are now slated to be destroyed.