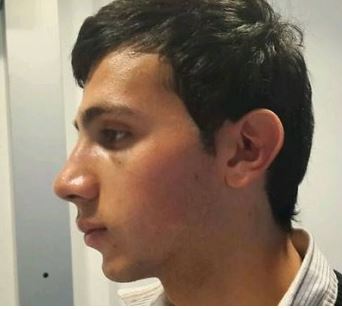 A number of extremist Israelis assaulted a young Palestinian man, from occupied Jerusalem, causing various injuries that required hospitalization. The man is a former soldier with the Israeli army who studies at the Hebrew University in Jerusalem; he was beaten for using his native language, Arabic.The Arabs48 news website has reported that the attack took place on Thursday, when Toomy Hassoun, from Daliat al-Karmel, was talking in Arabic. A group of around ten Israeli right-wing fanatics heard him and stated kicking and beating him.

He was moved to a hospital in the city, suffering from various minor cuts and bruises to different parts of his body.

The Arabs48 said the attack is part of a series of escalating attacks by Israeli fanatics against any Arab person, regardless of faith or residence, including a number of attacks targeting Arabs who had enlisted and served in the Israeli military.

The news agency added that dozens of attacks have taken place in Jerusalem alone, and that members of the far-right Lehava anti-assimilation group carried out a significant number of these assaults.

The group, which claims to “save the Jewish women of Israel (daughters of Israel)” by trying to prevent marriages of Jewish women to non-Jews, especially Arabs. It aligns itself with the Kach terrorist group.

In December of last year, the Police arrested ten members of Lehava under suspicion of conducting violent acts against Arab citizens, and for calling for violence motivated by racism.

One day before the ten fanatics were apprehended, the police arrested three members of the group for carrying out an arson attack against a Jewish-Arab bilingual school in Jerusalem.