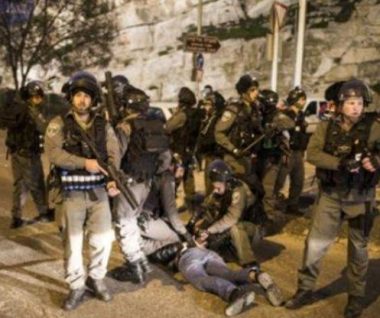 Israeli soldiers abducted, Saturday, five Palestinians from several parts of the southern West Bank district of Hebron, including two who were taken prisoners at a military roadblock, south of the city. The soldiers also summoned for interrogation the father of a young man and a teenage girl, who were killed by the army in 2015.

It added that the soldiers, stationed at the Haggai military roadblock, south of Hebron, stopped and searched many cars, and abducted Ahmad Fawzi Tubasi and Nasser Talal Tubasi.

The soldiers also invaded and ransacked many homes in various neighborhoods in Hebron city, and summoned Jihad Ersheid for interrogation at the Etzion military base and security center.

Furthermore, the soldiers invaded a library near the Palestine Polytechnic University in Hebron, and confiscated several internal and external hard drives.