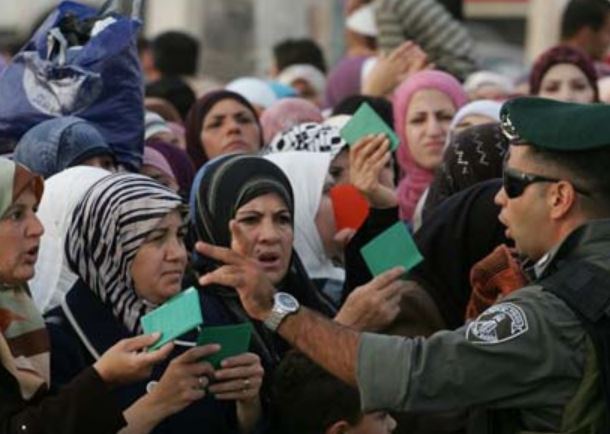 The Israeli Authorities canceled entry permits of the 200 Palestinian, from the besieged Gaza Strip, who were previously allowed to enter Jerusalem for Friday prayers in the Al-Aqsa Mosque.General Yoav Mordechai, coordinator of the Israeli Government Activities in the occupied territories, said Israel decided to deny access to the 200 worshipers who obtained special permits to head to the Al-Aqsa Mosque.

Mordechai added that the Israeli measure comes in retaliation to the shell that was fired, late on Thursday at night, from Beit Hanoun, in northern Gaza, into an Israeli area across the border.

He stated that the Erez Terminal would also be closed due to what he called “escalation, and dangerous situation close to the border with Gaza.

Israeli military sources said one missile was fired from Gaza into the Merhavim Regional Council in the Negev, causing no casualties.

Following the attack, the Israeli army boarded targets run by the Al-Qassam Brigades, the armed wing of Hamas in Gaza, and fired rounds of live ammunition into the Gaza shore.

A senior Israeli security source said a Salafist group, not under the control of Hamas, is behind the attack, and that “should Hamas fail to maintain calm; it will end up paying the price.”