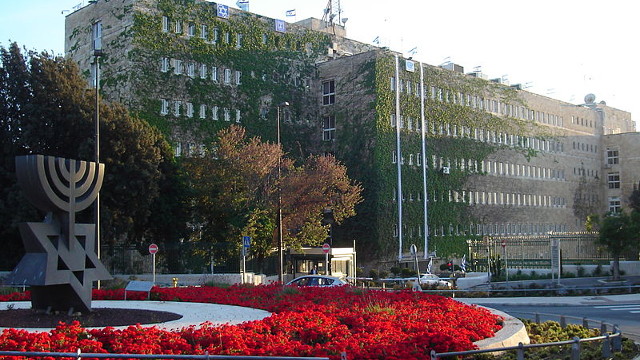 An Israeli government report about the possible effects of BDS on the economy outlines devastating harm. No wonder Israel attempted to hide the report.Under the title “Economy of Israel in the Shadow of the Delegitimisation Campaign’, a report drawn up by Israel’s finance ministry examines recent development of the Israeli economy on the backdrop of BDS actions, and presents future possible scenarios. The report contends that the European socio-economic situation allows the connection of BDS to human rights agendas, thus whitewashing the fact that the BDS campaign itself derives from “hatred of Israel”, whilst the European form of funding NGOs provides these organisations with power and a stage.

The report, published by the economic news site Calcalist, claims that as of today BDS has caused no real macroeconomic harm to Israel’s economy and that “pragmatic and realistic considerations dictate business policy to countries, many businessmen and investors around the world, who maintain normal relations with Israel.” However, the report continues that while ‘As of today we can safely say that Israel is not isolated and the boycott campaign has become a nuisance … the state of Israel and its foreign policy must take into consideration the extreme scenarios which may occur if western countries join the voluntary boycott and should there be an official boycott of the European Union’.

The first scenario outlined in the report, which is already partially true today, includes voluntary boycott and labeling of settlement products. The report’s authors estimate that if settlement labeling does indeed formally take effect by European countries, the economic consequences are not expected to be significant and the issue is more relevant on the political dimension.

The report contends that product labeling does not constitute a boycott of settlement products, but a “categorisation”. The implications of the labeling and categorisation are said to be dialectical. On the one hand, there will be consumers and supermarkets which will refuse to buy and sell labeled products, and exports are therefore expected to decline. On the other hand, product labeling also relates to the side of demand, and Jewish communities around the world are campaigning under the slogan Buycott to encourage the purchase of Israeli products in general and those originating in the West Bank in particular.

The second scenario involves an official EU boycott of exports from the West Bank, in which case exports would be completely halted and the damage would total some $ 300 million, representing approximately 0.5 percent of Israel’s exports, and damage of approximately 0.1 percent of the GDP.

A less likely scenario outlined in the report is annulment of the trade agreements between Israel and the EU, considered by Israel to be one of the gravest scenarios BDS activists are attempting to promote. According to calculations by the authors conducted using a WTO econometric model, in the framework of which customs duties of 100 percent would be imposed on all products manufactured in Israel, the harm of such a scenario would be $1.2 billion, or approximately 0.4 percent of the GDP.

Report authors note additional consequences could include a ‘sharp devaluation of the shekel and consequently capital market activities will be substantially damaged, there will be increase debt levels in the private and public sectors with a significant deterioration in Israel’s ability to raise capital, which will lead to an increase in costs of raising capital, a reduction in investments and a substantial increase in unemployment. Additionally, there will be an increase in the price of products and the economy may encounter a surge in inflation, and it is likely that a significant increase in short-term interest rates will be required.”

The report concludes with academic studies demonstrating how the image of a state has a substantial impact on its economy. “Ther efore, one of the primary objectives of the delegitimisation campaign conducted by the BDS coalition is to create for Israel the image of a country with ongoing conflict, which violates human rights, similar to that of South Africa in the apartheid era.”

Citing an international survey conducted by Globescan, the report notes that countries toward which public opinion is negative, including Pakistan and North Korea, have a lower GDP whilst those enjoying a positive image have a higher GDP.

Israel was the sole country to buck this trend, with a negative public image yet a relatively high GDP.