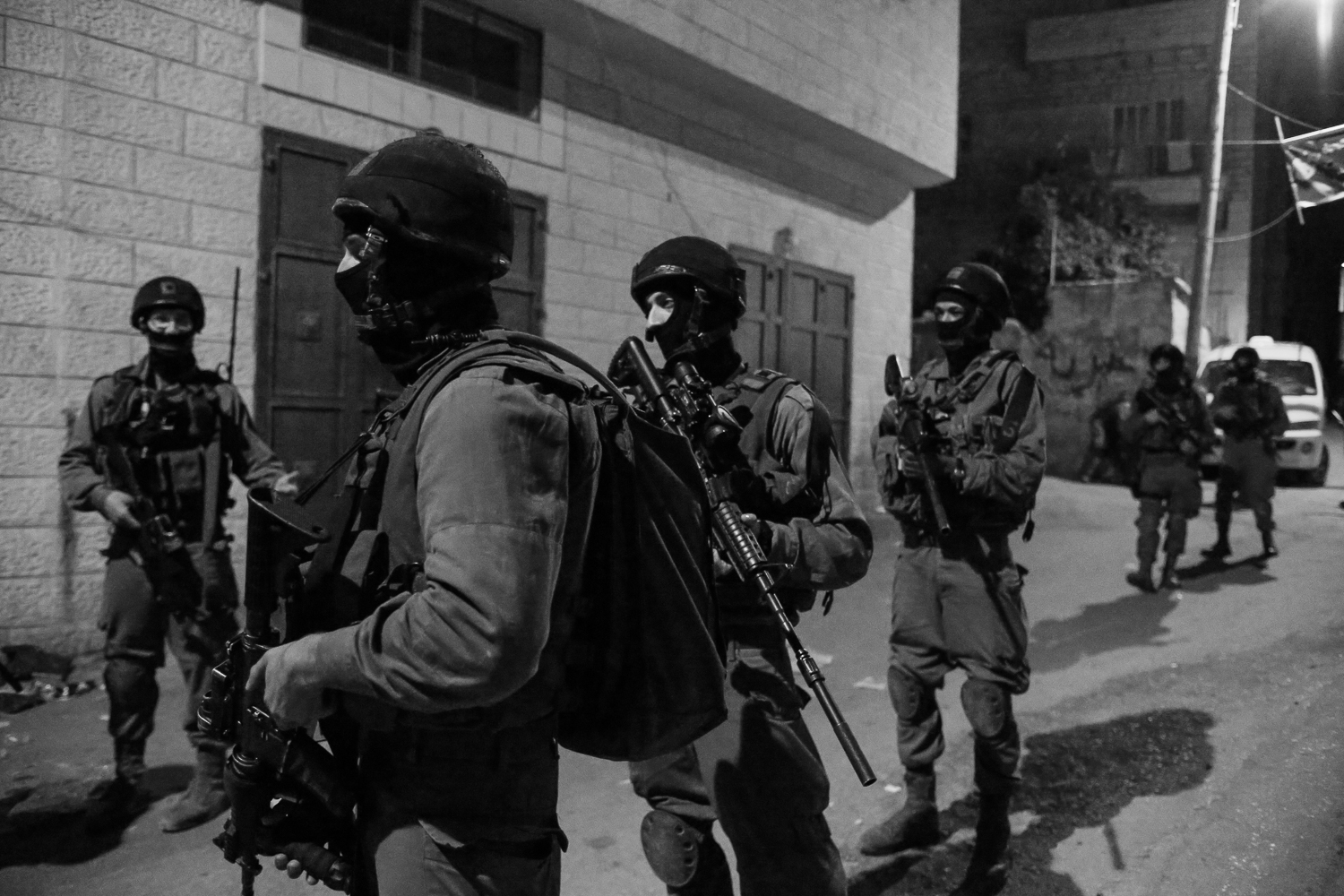 In Bethlehem, five young men were abducted, and four were snatched from their beds in Ramallah. None of those abducted have been identified at this point.

The Palestinian Authority’s Committee for Prisoner Affairs reported this week that a record 650 Palestinians have been abducted by Israeli troops in the past three weeks — this is the highest number in a single month since June 2014, when protests filled the streets of Jerusalem following the burning to death of a young Palestinian boy by right-wing Israelis.

Israeli police report that they have detained over 200 Palestinians since October 1st. But Palestinian groups put the number much higher. Many of those imprisoned have been detained without charges or trial, and have had no opportunity to see a lawyer to represent them.

According to the Prisoners’ Committee, most of those imprisoned in the past month are 20 years old are younger, and many of them are minors who are being held illegally in adult facilities.

On Wednesday, a 30-year old Palestinian prisoner died in custody when he was denied medical treatment after suffering a stroke. It is still unknown what caused the young man to suffer a stroke.

Some of the Palestinian detainees who were abducted during the past three weeks have reported being interrogated, humiliated and beaten by Israeli prison guards, intelligence agents and soldiers.