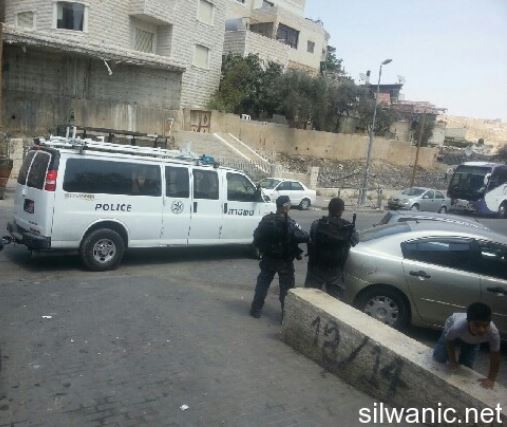 He added that the army also kidnapped a young man identified as Ayyoub Abu Edkeidik from Wadi al-Jouz neighborhood.

In addition, the soldiers kidnapped Nader Adaween and his son Odai in the Shu’fat refugee camp, while resident Mahmoud ‘Obeid was kidnapped in the al-‘Isawiyya town.

The soldiers also released two women, who were detained near the Ma’ale Adumim Junction, after holding them captive for more than five hours.

A police officer attacked the two women while in captivity, after cuffing them, the Wadi Hilweh Information Center in Silwan (Silwanic) has reported. They were released on a 500 New Israeli Shekels fine each, allegedly for obstructing traffic.

In related news, soldiers, police officers and personnel of the internal revenue department, invaded Be’er Ayyoub area in Silwan, before breaking into several shops and stores.

Army Kidnaps One Palestinian, Attacks Another, In Hebron