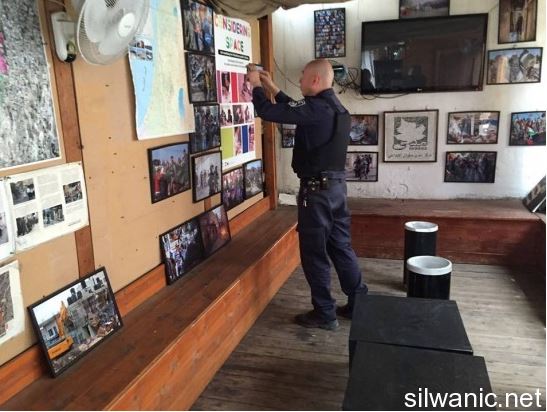 Israeli soldiers and police officers invaded on Thursday morning, the Wadi Hilweh Information Center in Silwan (Silwanic,) in occupied Jerusalem, and photographed its interiors, in addition to imposing a fine.Majd Gheith of Silwanic said the soldiers interrogated him while examining his ID card, and photographed the center’s interior walls, especially where the it has pictures documenting the ongoing Israeli violations in Jerusalem.

The Police claimed that the pictures were ‘incitement materials,’ and imposed a 467 Israeli shekels fine on the center for what the police claimed, ‘placing a chain as a barrier in front of the center,’ and gave them seven days to remove it.

Gheith said that the chain is used to protect the children, and prevent them from running into the street, especially since Israel imposes tight restrictions on the Palestinians, adding that the City Council does not develop Arab areas, and does not provide them with safe sidewalks and parking spaces.