765 Surveillance Cameras to be Installed in Jerusalem 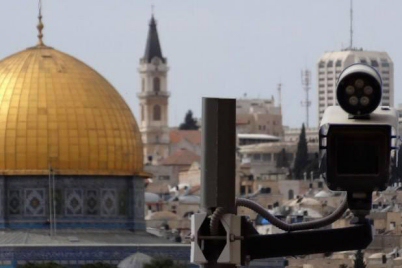 The Israeli ministry of public security, the police command and the Jerusalem municipality are planning to install new security cameras in Jerusalem, Israel Hayom newspaper revealed yesterday, according to the PNN.

The paper said that a surveillance and control centre will be established in the Jewish settlement of Gilo, in occupied southern Jerusalem, which will be administered by Israel police.

According to the paper, the Israeli surveillance project, which will be expanded in the coming period, aims to enhance security in the city of Jerusalem, allowing security authorities to receive images from hundreds of cameras.

Under the project, LPR cameras which are accurate cameras that scan car numbers and document every vehicle entering or leaving the city will be used.

“The cameras will scan every citizen entering or leaving Jerusalem, track the vehicle numbers and convey a direct picture of the situation in the city,” a senior Israeli officer was quoted as saying.

“The deployment of these cameras is a leap in intelligence, because it will allow the police, for example, to know whether a suspicious has entered Jerusalem.”

A police tracking centre is currently operating in Jerusalem, but the cameras will only cover the Old City of Jerusalem and East Jerusalem.