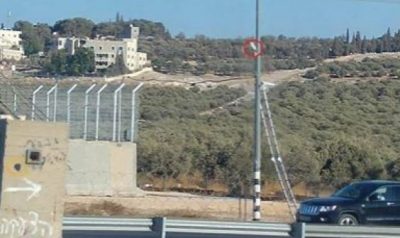 Al-Badan added that the cameras were installed in an area that overlooks a main road used by the Palestinians, and by Israeli settlers, living in nearby illegal colonies.

It is worth mentioning that, several months ago, the army built a fortified military watchtower in the same area.

Also on Thursday morning, the soldiers opened fire on several Palestinian farmers, working on their own lands, east of Deir al-Balah, in central Gaza.

On Thursday at dawn, Israeli soldiers and uncover officers invaded the town of Silwad, east of the central West Bank city of Ramallah, searched many homes and cars, and kidnapped a father and his son, who are also former political prisoners.