Bureau of Statistics: 42.5% of Palestinian Population are Refugees 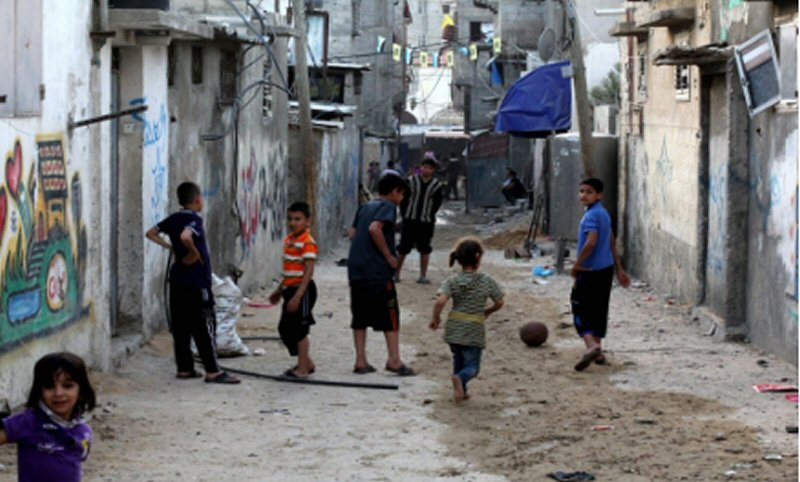 The Palestinian Central Bureau of Statistics (PCBS) has revealed that the percentage of the population of refugees in Palestine has reached 42.5% of the total Palestinian population, in 2017.

PCBS revealed, according to Al Ray Palestinian Media Agency, that 26.6% of the population in the occupied West Bank are refugees, while the percentage of refugees in the Gaza Strip is at 66.2%.

PCBS pointed out, in a report it issued on Wednesday, the International Day of Refugees, that the Palestinian Nakba (“catastrophe”) describes a process of ethnic cleansing in which an unarmed nation was destroyed and its population systematically displaced by another nation, resulting in a total displacement of 800 thousand, out of the 1.4 million Palestinians who lived in historical Palestine in 1948, in 1,300 villages and towns.

Based on the data of the 2017 Population, Housing and Establishments Census, 6.8% of Palestinian refugees suffer from some disability or difficulty, as compared with 5.1% among non-refugees.

PCBS reported that the poverty percentage among refugees was at 38.5% during 2017, according to monthly consumption patterns, which means that the monthly consumption of their households was below the poverty line, this being the equivalent of approximately 2,470 NIS for a Palestinian household of 5 (2 adults and 3 children), while the percentage among the non-refugees was 22.3%.

The results of the Labor Force Survey, in 2017, showed that the participation rate in the labor force, among refugees aged 15 years and above who reside in Palestine, was 45.2%, against 45.3%, for non-refugees.

The percentage of employed persons in the West Bank among the individuals participating in the labor force (15 years and above), for the year 2017, reached 57.6%, with a clear difference according to refugee status.

Also, the socio-economic conditions of Jordan’s Palestinian refugee camps study, in 2011, which was prepared by FAFO, showed that 39.9% of the individuals residing in these camps were under 15 years old, while the percentage of elderly (65 years and above) was at 4.3%.

The data also indicated that the percentage of illiteracy among individuals in the camps, aged 15 and above, ranked at 8.6%.

The results indicate that about 7.2% of Palestinian refugees aged 10 years and above are illiterate (unable to read or write), while the percentage of enrollment in education, for individuals from 3-13 years, was 93.6%. And, the percentage of those holding a university degree was 10.5%.