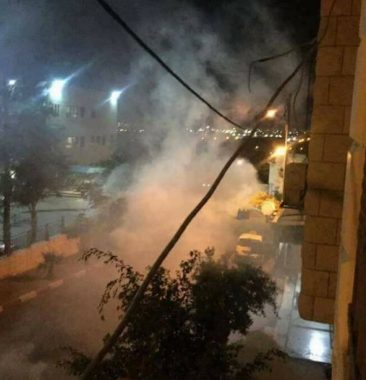 The Palestinian Health Minister, Dr. Jawad Awwad, issued a statement denouncing the Thursday morning Israeli military invasion, and the firing of gas bombs, in the yards of Darwish Nazzal hospital, in Qalqilia, in northern West Bank.

The statement came after the soldiers invaded the yards of the hospital, and fired many gas bombs, especially near the Children’s Ward, causing many Palestinians to suffer the severe effects of teargas inhalation.

Dr. Awwad stated that the ongoing Israeli invasions and attacks targeting hospitals and medical centers in occupied Palestinian, are grave violation of all International Laws, and human rights treaties.

He also said that such violations are organized crimes, and pose serious threats to the lives of the patients, and the Palestinians in general, and called on various international legal and human rights groups in intervene and help in ending the Israeli escalation and crimes.