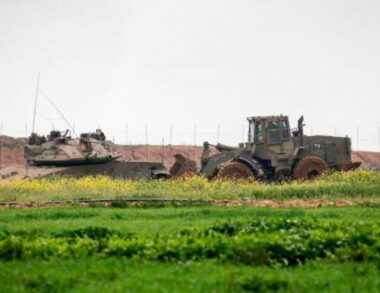 They added that the military bulldozers uprooted lands and installed sand mounds near the perimeter fence.

Furthermore, the soldiers stationed across the perimeter fence east of Beit Lahia town in northern Gaza fired many live rounds at farmers working on their lands, forcing them to leave.