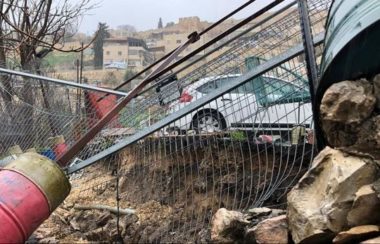 The recent heavy rain fall has, once again, has revealed the serious damage caused by the ongoing illegal Israeli excavations in occupied Jerusalem, especially the tunnels under the Palestinian homes in Wadi Hilweh neighborhood, in Silwan town, south of the Al-Aqsa Mosque.

The Wadi Hilweh Information Center in Silwan (Silwanic) has reported that the rain fall, which lasted for several hours a few days ago, has caused serious damage and cracks in the walls and foundations of many homes, located above the areas Israel is ongoing with digging tunnels and removing sand as part of its “tunnels network,” leading to the walls of Al-Aqsa Mosque.

Silwanic added that the ongoing digging and excavations have also caused the collapse of a playground and a parking lot in Wadi Hilweh, and stated that the Israeli machines keep digging around the clock, and the workers keep removing large amounts of sand resulting from the continuous work under the Palestinian homes. 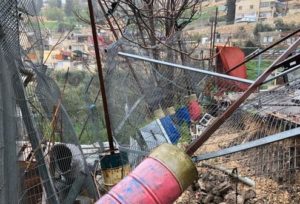 It stated that similar the excavations also caused damage to lands, owned by the Greek Orthodox Christian Church, like what happened several months ago, resulting from the same excavations.

Palestinians in Wadi Hilweh stated that the winter season, especially the heavy rain, exposed the seriousness and the dangerous consequences of the ongoing digging, causing more damage to homes and property, and added that at least seventy homes in addition to walls and roads in Wadi Hilweh, have been seriously impacted.

Silwanic said that the residents headed to Israeli courts, demanding stopping the digging under their homes and property, but the excavations continued, and the damage to the Palestinian properties is becoming more serious, especially since many more have been being flooded by the rain, after their walls and floors are cracked due to the ongoing digging.