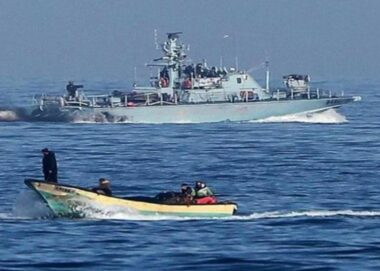 Media sources said the boats were sailing near the shore of the Sudaniyya area, northwest of Gaza city, when the navy fired live rounds at them and used water cannons.

They added that the attack, less than five nautical miles from the shore, did not lead to casualties but forced the fishermen to leave to avoid further Israeli escalation.

Last Tuesday morning, Israeli soldiers fired many gas bombs at Palestinian farmers in the northern part of the Gaza Strip.