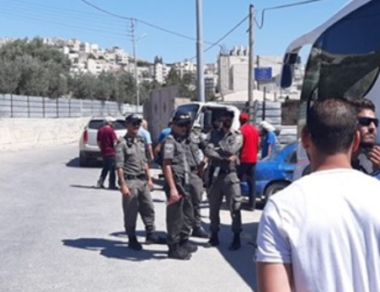 Hamada added that the lands are close to Talpiot area, which was built on illegally confiscated Palestinian lands owned by Sur Baher residents.

He also said that the Palestinians filed appeals with Israeli courts but were unable to get them to reverse the confiscation orders of their lands.

Israel claims it intends to build various projects, including a police station, and a public center in addition to a kindergarten for Israeli colonialist settlers.

The Palestinians who owned the lands were denied the right to use them for construction or agriculture.

It is worth mentioning that the illegal confiscation orders were first issued in the year 1999, when some residents went to the City Council to obtain construction permits to build on their own lands.

A week ago, Israeli forces launched a large-scale destruction operation against civilian property in Wadi al-Humus neighborhood, in Sur Baher casing hundreds of Palestinians to lose their shelter.