It’s Time the International Community Stood Up for Palestinian Children 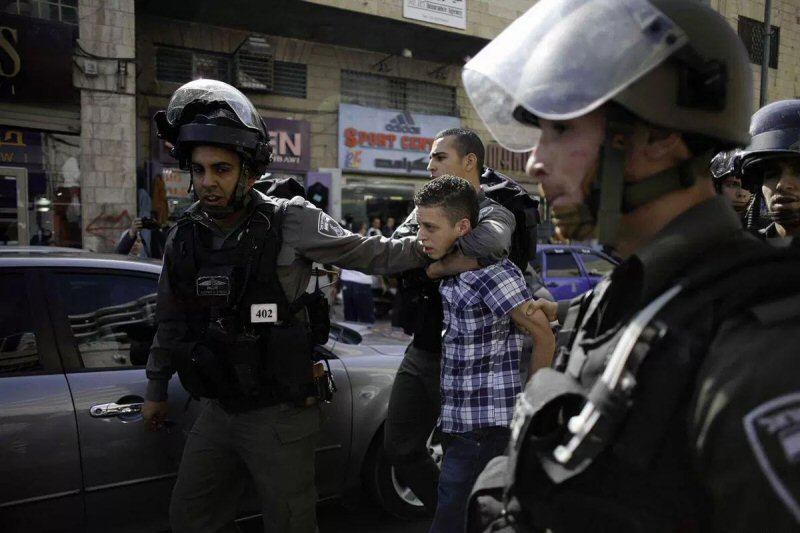 The policy of the international world, which gives a blind eye for the Israeli violations against the Palestinians, encourages the Israelis to carry out more crimes.

Israel’s mistreatment of Palestinian children is not a new development but rather one example of its many breaches of international law and international humanitarian law. While it has in the past faced criticisms for its maltreatment of Palestinian children, particularly in relation to minors that are taken into custody and brought before its military courts, this has not been matched with solid action.

It is therefore encouraging that this may be about to change, and in the United States of all places. The Promoting Human Rights by Ending Israeli Military Detention of Palestinian Children Act requires the Secretary of State to certify annually that funds obligated or expended in the previous year by the United States for assistance to Israel “do not support military detention, interrogation, abuse, or ill-treatment of Palestinian children, and for other purposes”. The legislation leaves financial assistance already committed to Israel in place.

The bill notes that Israel ratified the Convention on the Rights of the Child on 3 October 1991, which states— (A) in article 37(a), that “no child shall be subject to torture or other cruel, inhuman or degrading treatment or punishment”. It states that “In the Israeli-occupied West Bank, there are two separate legal systems, with Israeli military law imposed on Palestinians and Israeli civilian law applied to Israeli settlers”.

It further notes that the Israeli military detains around 500 to 700 Palestinian children between the ages of 12 and 17 each year and prosecutes them before a military court system which the bill says “lacks basic and fundamental guarantees of due process in violation of international standards”.

Defence for Children International Palestine (DCIP) notes that “Israel has the dubious distinction of being the only country in the world that systematically prosecutes an estimated 500 to 700 children each year in military courts that lack fundamental fair trial rights and protections”.  It further states that in 590 cases documented by DCIP between 2012 and 2016, 72 per cent of Palestinian child detainees reported physical violence and 66 per cent faced verbal abuse and humiliation.

The recent introduction of the bill in the US Congress aims to prevent US tax dollars from paying for human rights violations against Palestinian children during the course of Israeli military detention. It aims to establish, as a minimum safeguard, a US demand for basic due process rights for and an absolute prohibition against torture and ill-treatment of Palestinian children arrested and prosecuted within the Israeli military court system.

In 2012 the UK’s Foreign and Commonwealth Office commissioned a report by nine lawyers on the issue of Palestinian children. Among its conclusions it found that “Israel is in breach of articles 2 (discrimination), 3 (child’s best interests), 37(b) (premature resort to detention), (c) (non-separation from adults) and (d) (prompt access to lawyers) and 40 (use of shackles) 111 of the United Nations Convention on the Rights of the Child”. It further concluded that based on its findings “Israel will also be in breach of the prohibition on cruel, inhuman or degrading treatment in article 37(a) of the Convention. Transportation of child prisoners into Israel is in breach of article 76 of the Fourth Geneva Convention. Failure to translate Military Order 1676 from Hebrew is a violation of article 65 of the Fourth Geneva Convention”.

Responding to a question from the Chair of the Britain-Palestine All Party Parliamentary Group, then Foreign Office Minister Tobias Ellwood said: “I expressed my strong disappointment at Israel’s unwillingness to host this follow-up visit with Deputy Foreign Minister Tzipi Hotovely during my visit to Israel on 18 February. Officials from the British Embassy in Tel Aviv, including the ambassador, also lobbied the Israeli Ministry for Foreign Affairs to cooperate with the visit, and will continue to follow up. We remain committed to working with Israel to secure improvements to the practices surrounding children in detention in Israel.”

The UK parliament has recently been considering the issue of Palestinian children and their treatment by Israel. This was initially expressed through a parliamentary instrument called the Early Day Motion (EDM). EDM 563 was issued on 20 November and states that “this House notes with concern that hundreds of Palestinian children continue to be arrested, detained and tried in Israeli military courts, despite the practice involving widespread and systematic violations of international law and being widely condemned.”

EDM 563 notes with concern “that the recommendations of Unicef’s 2013 Children in Israeli Military Detention Report remain largely unmet and calls on the government to urgently engage with the Israeli government to end the widespread and systemic human rights violations suffered by Palestinian children in Israeli military custody.”

At the time of writing 65 members of parliament had signed the motion (out of 650). This includes support from individual MPs from all political parties in England Scotland and Wales.

The recent moves in Congress and the UK parliament to highlight Israel’s abuse of the rights of Palestinian children have been welcomed by Palestinians and their supporters. It has taken decades for the rights of children to gain any real attention. If the bill in the US passes then it would signal a real change in policy in that it will condition some funding to Israel on respect for human rights and specifically for Palestinian children. If it fails then the message to Palestinian children will be that America is willing for the bar to be set lower for them than for Israeli children. A well supported EDM in the UK Parliament will highlight the issue and that will allow its sponsors to seek real action from government to pressure Israel to change its unacceptable treatment of Palestinian children, both morally and legally.

It is time Palestinian children were finally protected from abuse by their occupiers. Israel is comfortable in its abuse and will only change when the international community acts to help them. As for Israel, a state without a moral compass, when it comes to Palestinians it could at least apply the same law and practices of dealing with Palestinian children as it does its own children.

Professor Kamel Hawwash is a British Palestinian engineering academic based at the University of Birmingham. He is a commentator on Middle East affairs, Vice Chair of the British Palestinian Policy Council (BPPC) and a member of the Executive Committee of the Palestine Solidarity Campaign (PSC).