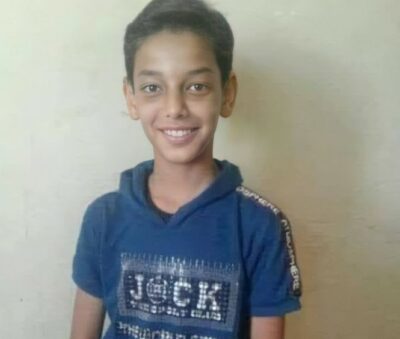 Medical sources in the Gaza Strip have confirmed that a child died, on Saturday at dawn, from serious wounds he suffered a week earlier after Israeli soldiers shot and seriously wounded him, in the eastern part of the coastal region.

The sources stated that the child has been identified as Omar Hasan Abu an-Neel, 12, and added that he was shot in the head during a protest near the perimeter fence in Malka area, east Gaza city.

Omar was from the Tuffah neighborhood, in Gaza city; the medics rushed him to a hospital where he was admitted to surgery.

He remained in a critical condition at the Intensive Care Unit until he succumbed to his serious wounds. Israeli sources report that an Israeli soldier was seriously injured when he was shot by a Palestinian protester through a hole in the perimeter wall where protesters were gathered.

According to the Palestinian Centre for Human Rights, beginning on 30 March 2018, 215 civilians were shot and killed, including 47 children, 2 women, 9 persons with disabilities, 4 paramedics, and 2 journalists.