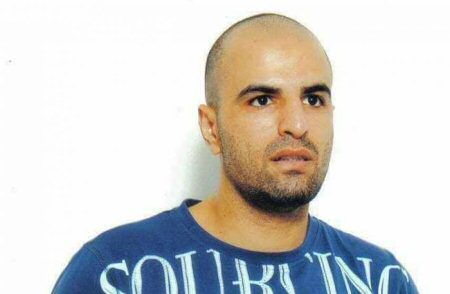 The lawyer said, quoting Bsharat, that the doctors informed him that he suffers from kidney failure, and needs to have dialysis three times a week.

Bsharat added, according to Al Ray Palestinian Media Agency, that, on 20th May, 2017, he suffered from a severe pain in his neck and a respiratory problem, so, he was transferred from the Negev prison to Soroka hospital.

Bsharat said that he stayed for a week in the hospital before being transferred to Ramleh prison clinic, where he went through a fever due to medical negligence.

He was then taken to Assaf Harofeh Hospital, and was finally brought back to Ramleh, after his health stabilized.

It is noteworthy that Bsharat has been detained since August of 2002, and is sentenced to 18 years. He is one of 16 detainees now staying in the  clinic.