Palestine Solidarity Campaign: Opposition to Anti-semitism Must not Prevent Scrutiny of Israeli Abuses 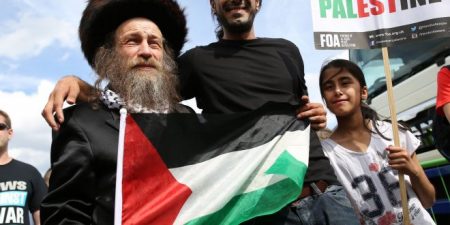 via the Palestine News Network (PNN).

The Palestine Solidarity Campaign has responded to the Home Affairs Select Committee report on anti-semitism:

PSC / Bethlehem — Chair of Palestine Solidarity Campaign, Hugh Lanning, criticizes its recommendations as it is “muddled and fails to differentiate between the actions rightfully needed to combat anti-semitism and those which would clamp down on legitimate calls to end the abuses carried out by Israel …”

The modified form of the discredited ‘EUMC definition’ of anti-semitism would, if adopted, render illegitimate, and potentially criminal, calls for action to address Israel’s persistent denial of Palestinian rights.

Despite noting that the Director of the University of London’s Pears Institute for the Study of Anti-semitism regards the definition as having “largely fallen out of favour, in part, due to continued controversy regarding its application to the State of Israel and its policies”, the committee call[s] on [the] government to adopt it in a modified form.

“The definition explicitly incorporates criticisms of Israel as a category of anti-semitism. The report suggests additional clarifications to the definition, which it asserts will protect legitimate criticism of Israel but these will, in our view, have a chilling effect on what can be said in opposition to Israel’s policies of discrimination and oppression towards the Palestinian people.” PSC said.

“We are concerned that the report lacks political objectivity in its characterization of what constitutes legitimate debate about Israel and Palestine.”

It describes Israel as a “liberal democracy” in which the actions of the government are openly critiqued and debated by its citizens. This ignores the reality of the implementation of a range of laws and policies by the Israeli government in recent years which have stifled dissent and been described by a range of respected international observers as profoundly undemocratic. In April, for example, Amnesty International urged the Israeli government to cease its intimidation of human rights defenders in Israel and the West Bank.

The “democratic” nature of the Israeli state should be the subject of legitimate debate and scrutiny in the UK, particularly within academic environments. Yet, in its section on how debate should be conducted on campus, the report cautions against what it defines as “simplistic formulations”. This would render illegitimate formulations which categorize the situation as one in which one party — Israel — exercises overarching power over Palestinian lives.

Most concerning is the call for law enforcement officers to adopt a definition of anti-semitism which incorporates criticism of Israel within its categories risks the policing of political debate.

PSC said that it believes this runs counter to everyone’s freedom of expression – a right guaranteed in European law.

In 2014 the UK government in its response to the APPG report on anti-semitism indicated it opposed the adoption of the EUMC definition.

PSC said it believes that a recognition of the highly politicized and contested nature of the definition informed this decision, adding that nothing in [PSC’s] view has altered the context of that judgment and urge the government to ignore the report’s recommendation to adopt the IHRA definition, which is substantially the same. To do otherwise would deny people of their basic right to challenge both the policies of the Israeli government, as well as the doctrine which informs those policies.

“It would as in our view undermine the struggle against racism. In the words of Dr. Brian Klug: ‘When every anti-Zionist is an anti-Semite, we no longer know how to recognize the real thing — the concept of anti-semitism loses its significance.'”

(photo: An orthodox Jewish man stands with pro-Palestinian supporters, during the rally in Hyde Park, on August 9th — Getty images.)