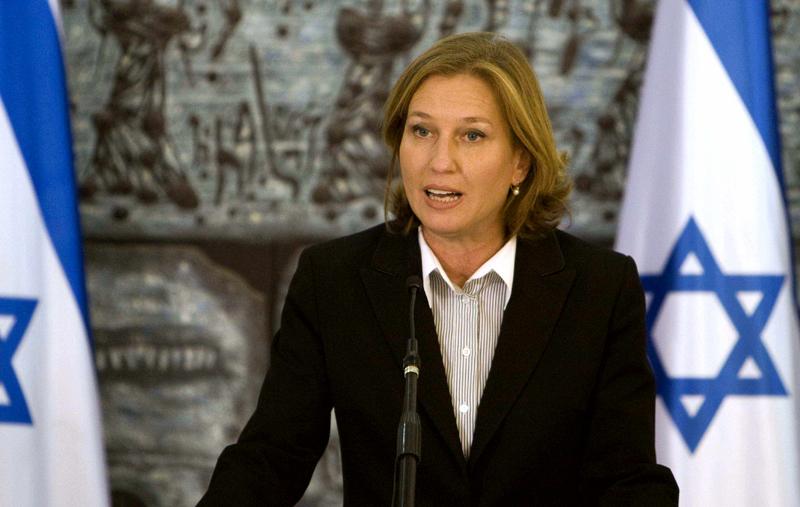 Tzipi Livni, who was the Israeli Minister of Foreign Affairs at the time of the Israeli 2008-2009 offensive on the Gaza Strip, has cancelled her scheduled visit to Brussels in Belgium when the Attorney General there announced that she would be arrested to question her about war crimes committed in the Gaza Strip during the above-mentioned offensive.

The Belgium-Palestinian Friendship Association filed a lawsuit before the Belgian courts against the former minister, for her role in the war crimes committed during the Israeli so-called “Operation Cast Lead”.

PCHR welcomes the decision of the Belgian Attorney General and highly appreciates the judiciary there, which did not fall subject to attempts of politicizing the prosecution. PCHR also values the efforts made by lawyers Alexis Deswaef and Veronique Van Der Planke, representatives of the victims, that contributed to rehabilitate the principles of international justice, fight impunity and get remedy for victims.

PCHR considers this incident a promotion of the efforts of PCHR and the human rights movement aimed at fighting impunity of war criminals around the world and enhancing justice for Palestinian victims.

Tzipi Livni, who was supposed to attend a conference in the European Parliament on 23 January, 2017, in Brussels, cancelled her visit because she was sick. It should be noted that Livni stated that she will not respond to warnings of prosecution, as this did not prevent her from moving freely. She justified this by succeeding to visit Britain four times over 7 years; the last of which was in July 2016, when she went there  to attend a conference for Haaretz newspaper.

As soon as Tzipi Livni arrived at Britain, the Scotland Yard’s War Crimes Unit transmitted a letter, to the Israeli Embassy in London, inviting her to a police interview in relation to her role in Israel’s 2008-2009 offensive on the Gaza Strip (Operation ‘Cast Lead’), due to a lawsuit filed by PCHR and its partner “Hickman & Rose” before the British courts.

British politicians, as usual, blatantly intervened to grant immunity for someone accused of war crimes before the British Judiciary by awarding her “Special Mission” status, although she does not occupy any position in the Israeli government, slapping the face of international and British justice principles.

The British Foreign Ministry previously granted such immunity to Israeli leaders, namely Benny Gantz and Doron Almog, after being summoned by the British Judiciary to investigate them on giving orders to kill civilians.

Although Livni rubbed the British Judiciary’s nose in the dirt more than once, and challenged the prosecution there, it seems different this time, before the Belgian Judiciary.

Livni, who played a key role when she was Member of the Israeli Security Cabinet during the Israeli 2008-2009 offensive, has made several statements which clearly prove that Israeli forces used excessive force and deliberately caused destruction in the Gaza Strip.  Moreover, she supported those acts and even called for carrying out such acts.

It should be mentioned that Israeli forces killed around 1,167 civilians, including 318 children and 111 women, during the 3-week “Cast Lead” Operation in 2008-2009 in addition to wounding and displacing thousand others. (IMEMC — See video below. WARNING: Content Extremely Graphic)

As part of its continued and systematic work, PCHR vigorously seeks to prosecute many Israeli leaders accused of war crimes, and crimes against humanity, by resorting to the International Criminal Court (ICC) and using the principle of universal jurisdiction.

As part of its cooperation with its partners, PCHR prepared many files to prosecute Israeli leaders who were proved to be involved in war crimes, as they enter any of the states holding jurisdiction over war crimes committed outside its borders.  Moreover, PCHR and its partners delivered legal submissions to the ICC to open investigations into Israeli crimes committed since June 2014.

PCHR also emphasizes that reactivating the principle of international jurisdiction is the perfect way to guarantee a genuine respect for the Geneva Conventions which guarantees protection for all mankind from the horrors of war and directly leads to the protection of international peace and security.