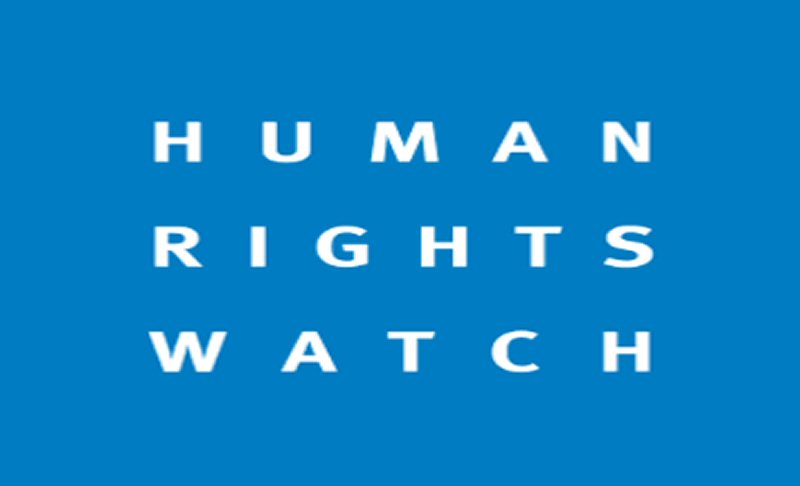 Human Rights Watch (HRW) has published a report of  Israeli violations in the occupied Palestinian territories, with special note to the demolition of schools and education facilities in the West Bank.

Israel authorities have repeatedly denied Palestinians the necessary permits to build schools in the West Bank, and have demolished schools built without permits, making it more difficult (or impossible) for thousands of children to get an education, Human Rights Watch said today. On April 25, 2018, Israel’s high court held what may be the final hearing on the military’s plans to demolish a school in Khan al-Ahmar Ab al-Hilu, a Palestinian community. It is one of the 44 Palestinian schools at risk of full or partial demolition because Israeli authorities say they were built illegally.

The Israeli military refuses permits for most new Palestinian constructions throughout 60 percent of the occupied West Bank (Area C), where it has exclusive control over planning and building, even as the military facilitates settler construction. The military has enforced this discriminatory system by razing thousands of Palestinian properties, including schools, creating pressure on Palestinians to leave their communities. Where Israeli authorities have demolished schools, they have not taken steps to ensure that children in the area have access to schools of at least the same quality.

“Israeli authorities have been getting away for years, with demolishing primary schools and preschools in Palestinian communities,” said Bill Van Esveld, senior children’s rights researcher at Human Rights Watch. “The Israeli military’s refusal to issue building permits and then knocking down schools without permits is discriminatory and violates children’s right to education.”

Israeli military authorities have demolished or confiscated Palestinian school buildings or property in the West Bank at least 16 times since 2010, with 12 incidents occurring since 2016, repeatedly targeting some schools, Human Rights Watch found. Over a third of Palestinian communities in Area C, the 60 percent of the West Bank where the Israeli military has exclusive control over building under the 1993 Oslo Accords, currently do not have primary schools, and 10,000 children attend school in tents, shacks, or other structures without heating or air-conditioning, according to the UN. About 1,700 children have had to walk five or more kilometers to school due to road closures, lack of passable roads or transportation, or other problems, according to 2015 UN estimates. The long distances and fear of harassment by settlers or the military lead some parents to take their children out of school, with a disproportionate impact on girls. “The school has become the lifeline for this and the five surrounding communities,” said a community leader in Khan al-Ahmar Ab al-Hilu, known as Abu Khamis, about a school under threat of demolition that was built with humanitarian aid. The school also offers literacy instruction for adults. He said that children, previously, had to travel 15 to 22 kilometers to school but that, now, “A child can go to school without risking accidents or dealing with [taxi drivers] and the city. Now, all girls go to school.” He said that the international community had helped build the school, adding, “Is the international community unable to protect it?”

Most West Bank schools at risk of demolition fall within Area C. Israel justifies its demolition of schools and other Palestinian property, there, not on security grounds, but rather on the grounds that they were built without permits from the military. However, the military refuses the vast majority of Palestinian building requests, and has zoned only 1 percent of Area C for Palestinian building, even as construction proceeds with few constraints in nearby Jewish settlements.

A Palestinian community leader in the Jordan Valley, Abu Sakker, told Human Rights Watch that Israeli restrictions had reduced three communities that had a total of 150 families in 1997 to 45 families in 2010. Haaretz reported, in 2010, that Israeli demolitions and the de facto ban on construction had led 180 families – up to 1,000 people – to leave Jiftlik, the largest Palestinian community in Area C. A Palestinian refugee rights group, Badil, also documented cases of forcible transfer, in a 2017 report.

Schools in three Palestinian communities of Area C, east of Jerusalem, are at particular risk. Israeli authorities are trying to demolish trailers used as a preschool, for 25 children in Jabal al-Baba, that replaced a building which the military dismantled in August of 2017. Israeli settlers have repeatedly petitioned the courts to order the military to demolish the school in Khan al-Ahmar Ab al-Hilu, the only school accessible to 160 children from five villages in the area. The Israeli military is trying to move the residents to a different area over their strong objections. In al-Muntar, Israel’s high court has rejected a petition challenging a demolition order against the school, and issued an injunction against using the school. A new petition, demanding that the military assesses a building plan submitted by the village’s residents, is still pending in court. The court temporarily enjoined the military from demolishing the school and scheduled a hearing for July 1st.

The three communities are among 46 Palestinian communities that the UN considers at “high risk of forcible transfer” due to an Israeli “relocation” plan that would forcibly evict the entire communities.

The school demolitions are consistent with other actions that make communities unviable, such as home demolitions, and the refusal to zone the communities, or grant them connections to utilities like water and electricity, Human Rights Watch said. Since Israeli Prime Minister Benjamin Netanyahu took office on March 31, 2009, Israeli forces have demolished 5,351 Palestinian buildings in the West Bank for lack of building permits, including in East Jerusalem, displacing 7,988 people, including more than 4,100 children, based on UN data. Israel has not offered resettlement options or compensation to families whose homes were demolished during this period.

Israel’s destruction of Palestinian schools, and its failure to replace them, violates its obligation, as an occupying power, to “facilitate the proper working of all institutions devoted to the care and education of children,” and violates the prohibition on interfering with the activities of educational institutions or requisitioning their property. International law prohibits an occupying power from destroying property, including schools, unless “absolutely necessary” for “military operations.”

The Fourth Geneva Convention and the Rome Statute of the International Criminal Court prohibit widespread, unlawful destruction of property under classification of war crimes.

The intentional forcible transfer of civilians within an occupied territory – the movement of people under duress to a place not of their choosing – is also a grave breach of the laws of war. The Rome Statute states that forcible transfer can occur “directly or indirectly,” through coercive circumstances, as well as direct force. Israel’s demolitions of schools are part of a policy that has forced Palestinians to leave their communities.

Parties to the Geneva Conventions are obliged to “ensure respect” for the law of occupation, and to prosecute “grave breaches” – including the war crimes of wanton destruction and forcible transfer – regardless of the country in which the crimes took place. Countries are recommended to investigate individuals whom evidence suggests may be responsible for these crimes, and to prosecute those over whom they have jurisdiction. The International Criminal Court (ICC) prosecutor should also examine the school demolitions as part of her ongoing preliminary examination into the situation in Palestine.

The European Union (or its member states) financially supported 21 of the 36 schools in Area C of the West Bank that are at risk of demolition. The other at-risk schools are in East Jerusalem. Hundreds of the structures Israel has demolished were financed by foreign donors, including 400 European-funded structures.

“Israeli officials should be on notice that razing dozens of Palestinian schools not only can block children from getting an education, but may be an international crime,” Van Esveld said. “As part of their efforts to support Palestinian schools, other countries should demand that those destroying schools should be held to account.”

04/25/18 Krähenbühl: UN Schools May Not Open Next Year, Due to Financial Crisis