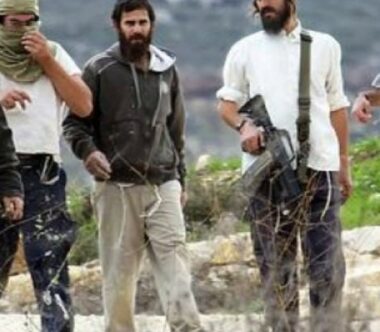 On Thursday, illegal Israeli colonizers attacked Palestinian shepherds and forced them out of grazing lands in the Al-Ein Al-Baida area in Masafer Yatta, south of Hebron, in the southern part of the occupied West Bank.

Al-Amour added that the colonizers threatened to shoot the shepherds if they did not leave the grazing area.

The attacks are part of seriously escalating Israeli violations against the Palestinians amidst Israeli plans to illegally annex large areas of Palestinian lands after displacing the families to build and expand the illegal colonies, built in violation of International Law and the Fourth Geneva Convention to which Israel is a signatory and a constant violator.