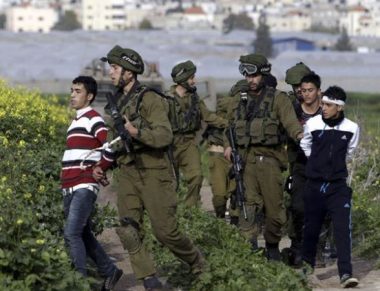 Israeli soldiers invaded, Wednesday, several Palestinian homes in different parts of occupied East Jerusalem, violently searched them, and abducted four Palestinians, including the father of a young man who was killed earlier this year.

The soldiers invaded homes in Silwan town, south of the Al-Aqsa Mosque, and abducted a young man, identified as Khaled az-Zeer, before moving him to an interrogation center.

It is worth mentioning that Salem is the father of Hussein Abu Ghosh, 24, who was killed by Israeli army fire, on January 25th 2017, after the soldiers alleged he tried to ram soldiers with his car.

Also Wednesday, the soldiers abducted nine Palestinians in Bethlehem, while one of them was shot and seriously wounded by army fire.