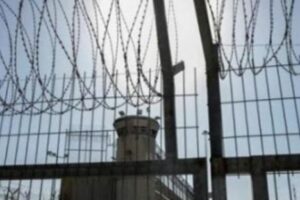 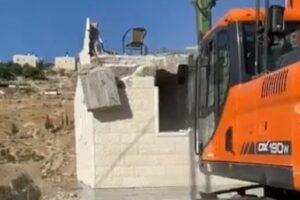 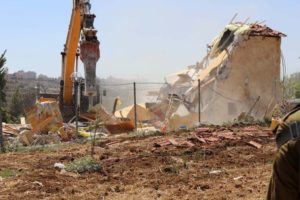 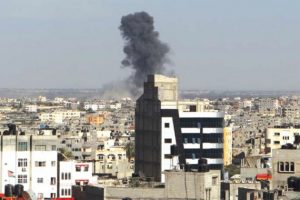 Aseel Mahmoud Hamad Dheir, 34, died on Monday in Rafah, in the southern part of the Gaza Strip, from wounds she suffered at the hands of the Israeli army during their invasion of Gaza in the summer of 2014. Dheir was severely injured in an Israeli airstrike on her home […] 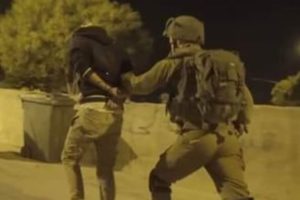 The Ramallah-based Palestinian Prisoners’ Society (PPS) stated, on Tuesday, that Israeli troops abducted ten Palestinian residents from the occupied West Bank, late Monday, early Tuesday. In a statement, issued Tuesday, the PPS added that among those abducted were five youths in the central West Bank city of East Jerusalem, identified […] 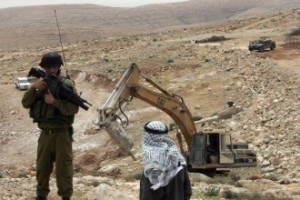 Israeli bulldozers, Monday, demolished several Palestinian structures in Izbit Shufa neighborhood, southeast of Tulkarem city, in the northern occupied West Bank, the Palestinian WAFA News Agency reported. An owner of one of the structures, Amer Hamed, told WAFA that Israeli forces accompanied a bulldozer into the neighborhood, and proceeded to […] 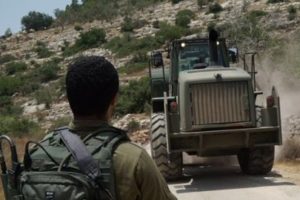 The Israeli occupation authorities, on Monday, bulldozed large areas of Palestinian-owned cultivated land as well as an agricultural structure in al-Baq’ah area in Hebron, southern West Bank, the Palestinian Information Center reported. According to local sources, Israeli bulldozers accompanied by soldiers, razed three dunams of land planted with vegetables and […] 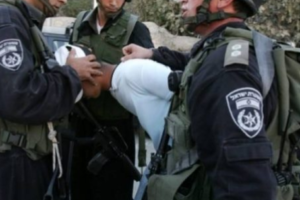 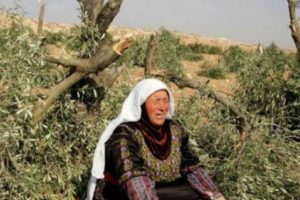 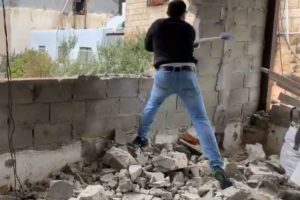 Baha‚Äô Zeitoun, a Palestinian civilian, on Sunday evening, demolished his own home in the Bi‚Äôer Ayoub neighborhood in Silwan, under the pretext of the lack of an Israeli permit, the Wadi Hilweh Information Center (Silwanic) reported. The Zeitoun family said that the Israeli municipality ordered the family to demolish the […] 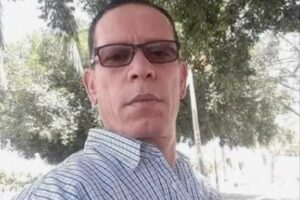 The Palestinian Interior Ministry in the Gaza Strip has reported that a former political prisoner was shot and stabbed to death, on Sunday evening, by several assailants near his home in the Saudi neighborhood, west of Rafah, in the southern part of the coastal region. Eyewitnesses said unknown gunmen opened […] 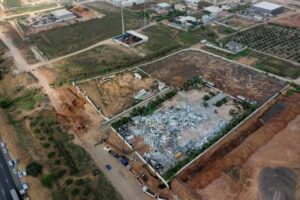 The Israeli authorities destroyed a wedding hall, Sunday, in the Arab town of Tira, adjacent the green line, in central Israel, the Palestinian WAFA News Agency reported. The Raghadan Wedding hall was allegedly lacking an Israeli permit to build, the standard pretext used by the Israeli state. A large Israeli […] 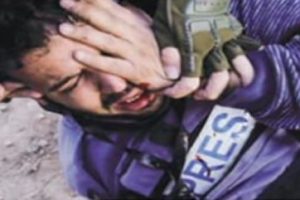 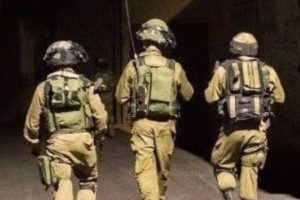 Israeli troops abducted, early on Sunday, two Palestinian residents from the southern West Bank district of Hebron, and one from the central district of Jerusalem. Local Palestinian media sources reported that Israeli army invaded the Yatta village and the Al-Fawwar refugee camp of Hebron district. They added that during both […] 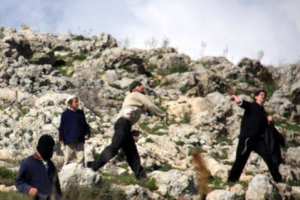 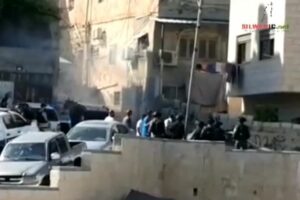 Israeli soldiers invaded, on Saturday evening, the al-‚ÄòIsawiya town, in occupied East Jerusalem, and fired many gas bombs and concussion grenades at Palestinian families celebrating their siblings‚Äô high-school graduation, wounding eight residents, including a pregnant woman, in addition to abducting a father and two of his sons. Mohammad Abu al-Hummus, […] 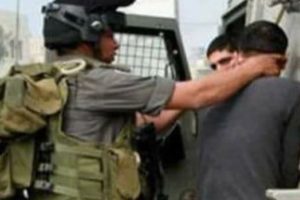 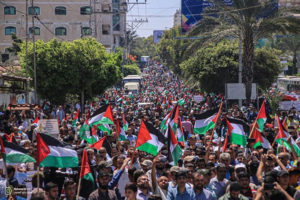 Majority of Palestinian resistance factions, across the occupied Palestinian territories, on Saturday, called for heightened Palestinian popular resistance, in response to what the factions described as, ‘Israeli occupation crimes against the Palestinian people’. In a statement, submitted to local media outlets, factions’ representatives held a meeting in the central West […]