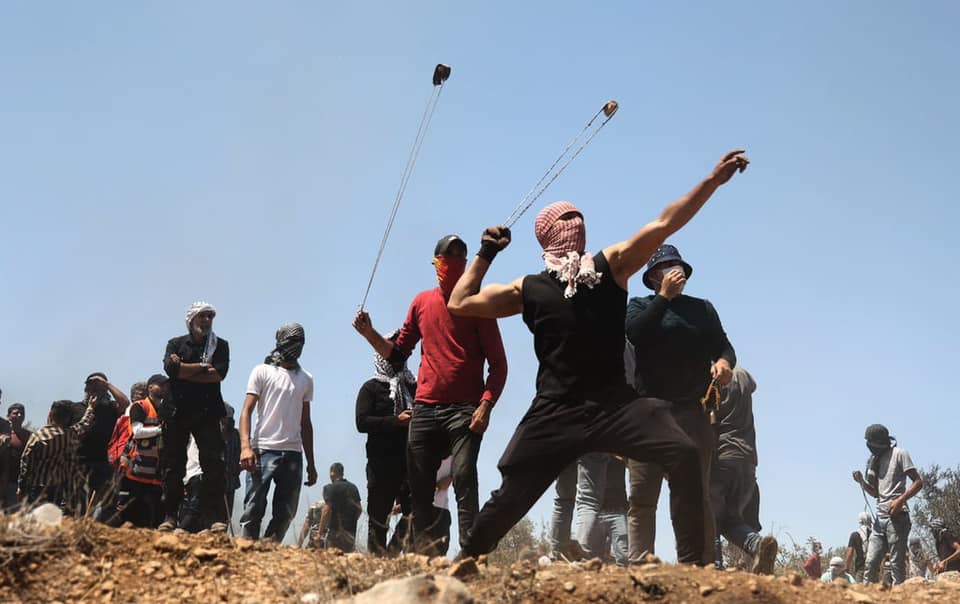 Palestinians gathered on Sbeih Mountain in Beita village, south of Nablus, in northern West Bank to express their rejection of the recent colonial outpost, illegally built on a nearby mountaintop.

Israeli soldiers fired rubber-coated steel rounds, stun grenades, and drones dropped teargas onto the crowd, causing 135 various injuries, 7 of whom were transferred to hospital for further treatment, while the remaining were treated at the scene.

Furthermore, the army fired a teargas canister at a Palestinian ambulance and struck the windshield.

Soldiers also suppressed a demonstration southeast of Nablus in the village of Beit Dajan, no injuries were reported.

Soldiers fired teargas at Palestinians standing in solidarity with the people in the Silwan neighbourhood in occupied East Jerusalem, whose homes are being threatened by the Israeli authorities. Dozens of inhalation injuries were reported among the peaceful protestors.

Meanwhile, as Palestinians held Friday prayer near the entrance of Hizma town, northeast of Jerusalem, on land threatened with Israeli takeover to build a settler-only bypass road.

This week’s Kufur Qaddoum protest came in commemoration of the tenth anniversary of the beginning of the weekly protests against the illegal Annexation Wall and colonies, and was attended by dozens of Palestinians.

Cover Photo from the Wall and Settlement Resistance Committee